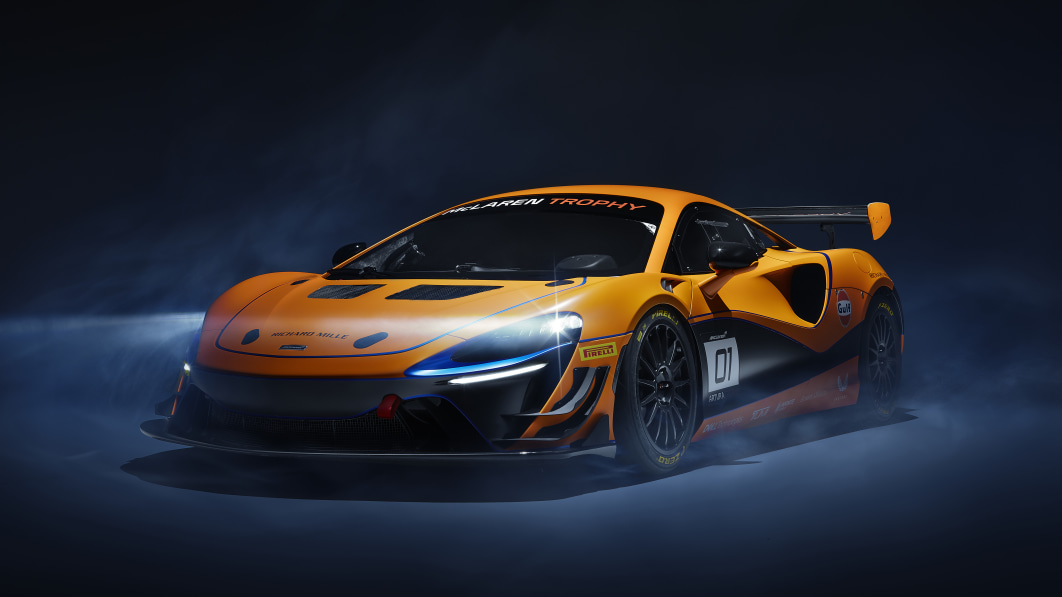 McLaren already showed off the new Artura GT4 race car this year, but now there’s another Artura racer being added to the stable. This is the McLaren Artura Trophy, and at its core, it’s an Artura without any Balance of Performance (BoP) restrictions taken into consideration.

Without having to limit power, add weight or reduce downforce, the Artura Trophy is said to have similar performance to a GT3 class race car as opposed to the GT4 that it’s based on. Just like the Artura GT4, though, the Trophy throws out the road car’s hybrid system in favor of gasoline power only. However, the 120-degree twin-turbo V6 outputs a strong 577 horsepower all on its own. It features an enhanced exhaust system to improve sound, too.

The Artura Trophy was designed with a single-make race series in mind, and that’s exactly where it will compete next year. Independent teams will be able to purchase and run the Artura Trophy in a series called “McLaren Trophy,” and they’ll be eligible to field both amateur and Pro-Am pairings. This series will serve as support to the Fanatec GT World Challenge Europe and follow them along to the iconic tracks they’ll race at around Europe. Five total races are planned for 2023, and the tracks include Paul Ricard, Hockenheim, Spa-Francorchamps, Misano and Barcelona-Catalunya. Those who have a McLaren 570S Trophy will also be eligible for entering into this series.

After the McLaren Trophy races are done, though, McLaren says it’s easy to turn the Artura Trophy into a GT4 class race car. Engine management software allows you to re-map it for Balance of Performance compliance, and you can remove aero elements to get it into spec, too.

When you buy an Artura Trophy, McLaren rolls out a whole concierge package for you. This includes hotel bookings, transportation to and from the track and a luxurious paddock that McLaren says is inspired by what you see at Formula 1 races.