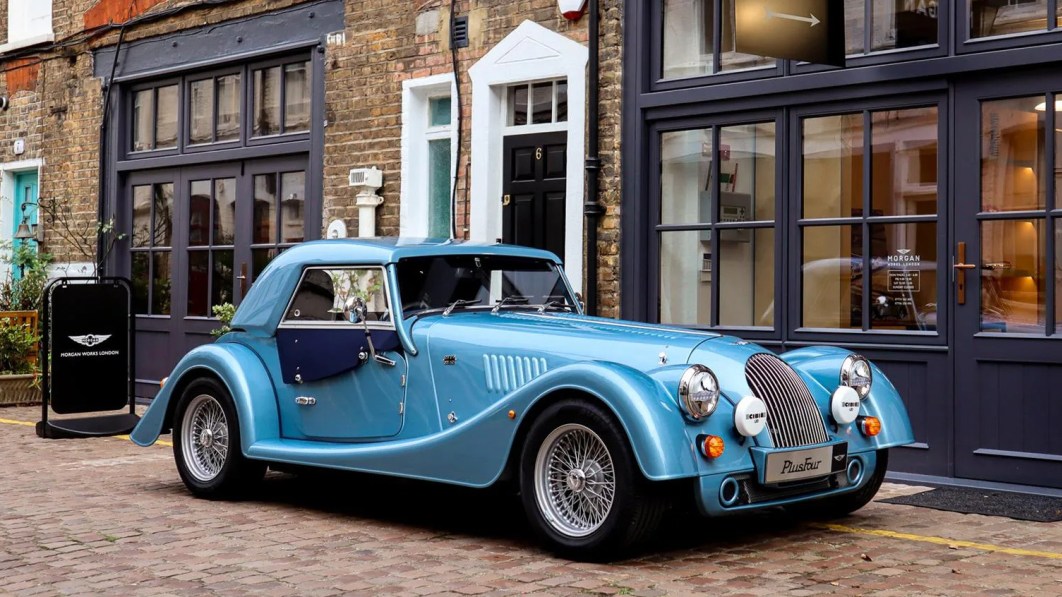 Now that the legal particulars have been addressed for low-volume vehicle manufacturers, we will not be surprised to see many more Morgans on the streets in the coming years. And although a Morgan in its natural state rolls through the yonder hills with its top down, there are times, places, and seasons when a hardtop might be the way to go. For just such instances, PistonHeads reports Morgan has finally extended availability of its factory hardtop to the Plus 4. The Plus Six First Editions came with a factory hardtop when introduced in 2019. The old-school English automaker then waited until earlier this year to introduce the fixed head on the limited-edition Plus 4 LM62 that celebrated a class win at Le Mans 60 years ago. Now buyers of the series production version can get under stiffer cover.

The showcase comes in Metallic Ice Blue and body-colored roof over Pebble British Blue Leather, and a Blue Mohair soft top “supplied separately.” The full tally of options can be found at the listing. Anyone interested in the first-ever hardtop Plus 4 should place a call to Morgan Motors in Malvern or stop by the showroom, where the coupe awaits a buyer. We have a feeling it won’t be long.