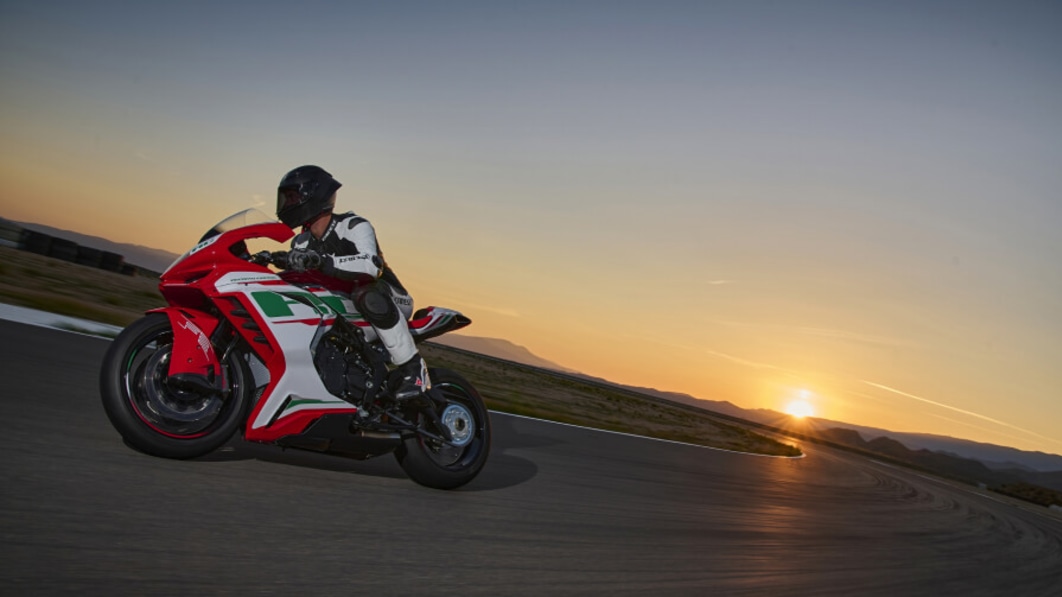 Sportbikes are both amazing and terrifying. Even the quickest hypercars can’t compete with the raw speed and sensation of twisting the throttle on a powerful motorcycle, and the Italians tend to do dramatic bikes better than almost anyone. MV Agusta just announced its new RC edition sportbikes, one of which is essentially the same bike that company riders race in the Supersport World Championship.

The RC name stands for “Reparto Corse” or “racing department.” The company says the bikes are as at home on the track as on the street and notes that the line offers features such as forged wheels and the latest tech. The bike produces 147 horsepower and around 65 pound-feet of torque. Those numbers are solid enough for a top speed of 149.1 mph.

The F3 RC weighs just over 381 pounds and features beefy dual-320mm discs up front and a 220mm disc in the back. Brembo calipers clamp down on those discs to provide excellent stopping power. The Dragster model is about 10 pounds lighter than the F3 but is slightly down on power. It also adds a parking brake. With just 110 horsepower, the Turismo Veloce RC is the gentler model in the lineup. It’s more than 50 pounds heavier than the F3 and is oriented more for long-haul comfort and stability.

The RC models feature unique livery, with the prominent colors of the Italian flag adorning their sleek bodywork. All three models feature an ABS system with rear-wheel height detection. The F3 and Dragster variants are available with MV Agusta Racing Kits, improving performance with upgraded exhausts and other components.

MV Agusta has been around since 1945, but its name hasn’t reached the level of familiarity here in the United States as its Italian rival, Ducati. Beyond the RC range, the brand makes several models, including hardcore, track-focused bikes. There’s even a limited-edition Superveloce model that MV Agusta produced in partnership with French automaker Alpine.