While we accept as fact that some drivers on U.S. roads may taking medications, a new AAA Foundation study found that nearly half of U.S. drivers may be using potentially driver impairing (PDI) medications and, worse, that many of them have no idea that their medications can hamper their ability to drive safely. Nearly 50% of respondents in AAA’s study of drivers aged 16 and up admitted using one or more drugs with potentially impairing effects (antihistamines, cough medicines, antidepressants, prescription pain medications, muscle relaxers, sleep aids — including barbiturates and benzodiazapines — or amphetamines) in the past 30 days.

“The proportion of those choosing to drive is higher among those taking multiple medications,” AAA’s brief said. “More concerning, many who took these medications to combat depression, pain, or sleep issues were not warned by their healthcare provider regarding the possible dangerous impact on driving. Many potentially driver impairing (PDI) medications have potential effects that can be dangerous when mixed with driving, including dizziness, sleepiness, fainting, blurred vision, slowed movement, and attention problems,” it said. 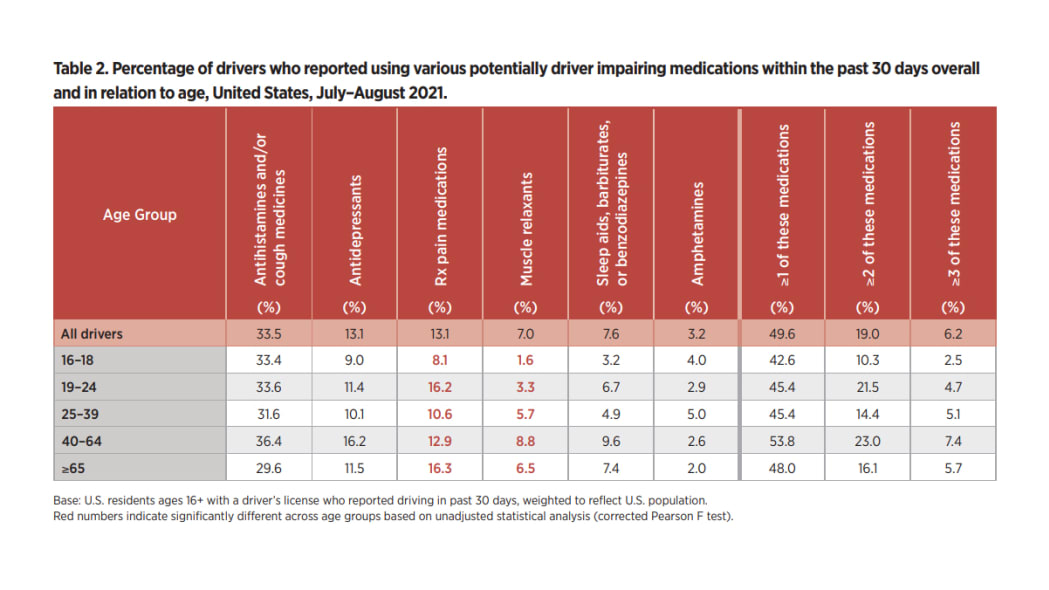 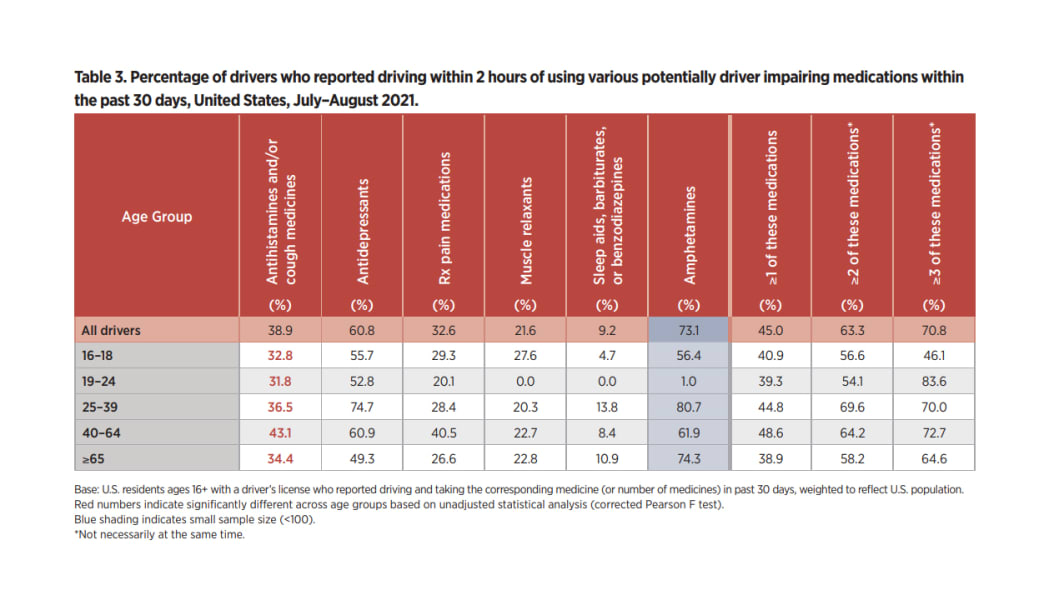 While the number who responded saying they consumed only one of these PDIs in the past 30 days (left chart) seems low in the context of AAA’s almost-50% figure, they do not account for respondents who were using more than one of those medications, which is where the response rate balloons to more than 40%. Further compounding the issue is the fact that, among those who responded yes to using any number of PDIs, a large number (right chart) indicated that they had used them within two hours of getting behind the wheel.

“Our research finds that many drivers are taking one or more potentially impairing medications before getting behind the wheel,” said Dr. David Yang, executive director of the AAA Foundation for Traffic Safety. “It is important for medical professionals to offer clear consultation to their patients of the possible risks and ensure they understand them.”

The study discussion also points out that some PDIs can actually have beneficial impacts on driving. The amphetamine category, for example, includes medications prescribed for neurodivergent conditions such as ADHD or narcolepsy. Many of these medications, if used properly and under the supervision of a doctor, are net-positive influences on their recipients.

“Similarly, some antihistamines are much more likely than others to impair driving, and medications such as nasal steroid sprays used to treat allergy symptoms (e.g., Flonase) might be misreported as antihistamines but are unlikely to impair driving at all,” AAA said. “Furthermore, for many medications, there is a lack of definitive research establishing that the associated increase in crash risk is due to the effects of the medication and not the associated medical condition.”