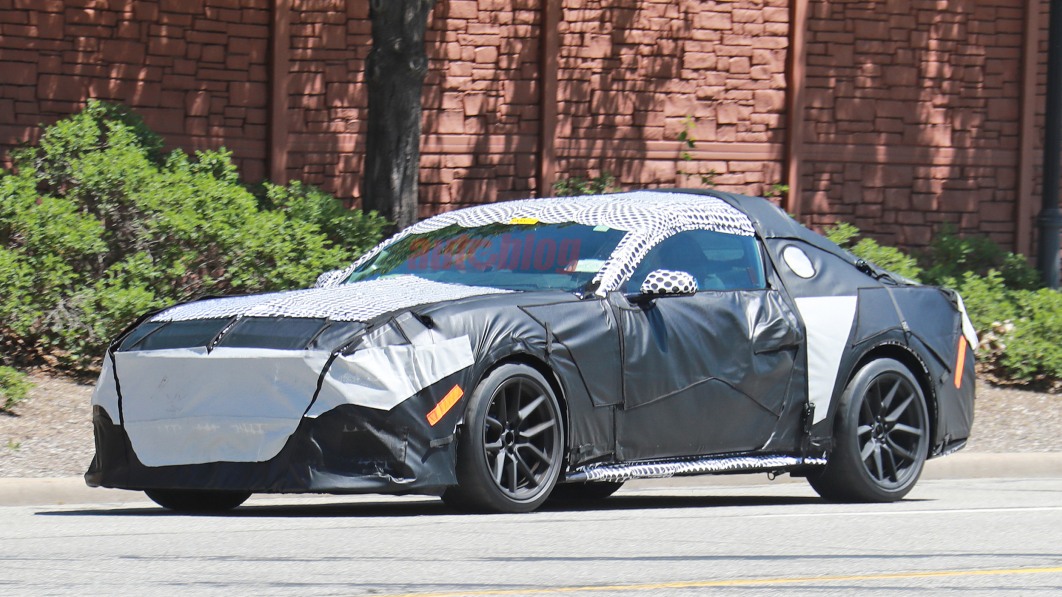 Excited to confirm that we’ll unveil the all-new, seventh-generation @FordMustang September 14 at the Detroit Auto Show. It’s a stunning car and I’m excited to share it with the world! 🐎 #SaveTheManuals pic.twitter.com/d2kdQioBWY

There are some other details we already know about the upcoming new pony. As you can see in the above tweet, Farley added #savethemanuals to his message, once again confirming that the next Mustang will definitely offer a six-speed manual transmission. We also expect it will be powered by a carryover range of four-cylinder EcoBoost and V8 engines, but exactly what trim levels will be paired with which engines we’ve yet to decipher. Will there be a hybrid? Available all-wheel drive? What’s next for the revered Shelby nameplate?

Fortunately, we expect those and most of our other questions will be answered on September 14. There’s not much left to say other than … stay tuned.