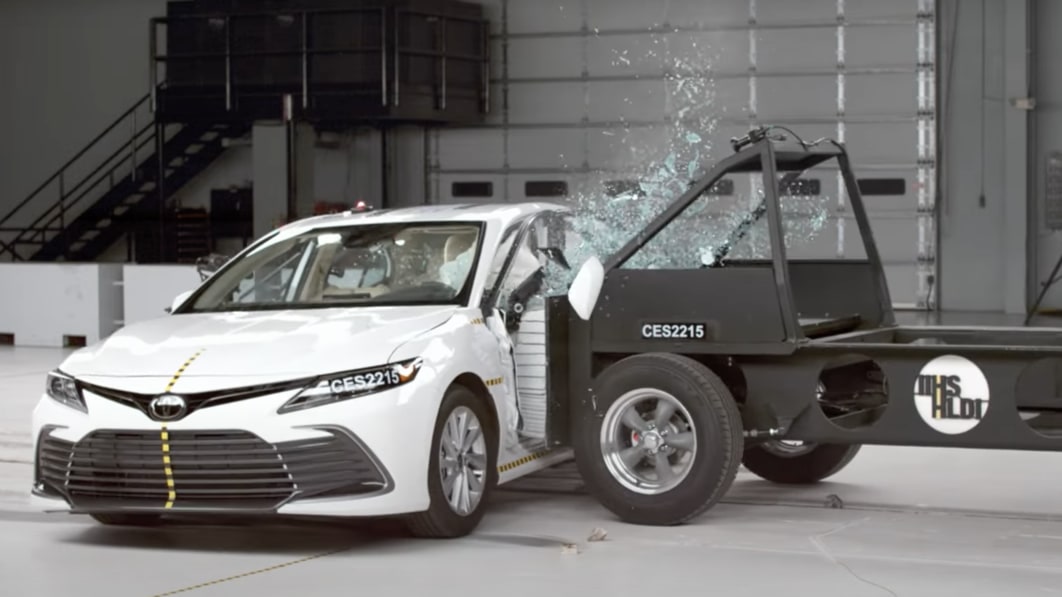 The Insurance Institute for Highway Safety announced Thursday that it has tested another round of existing models using its new (and still forthcoming) side-impact methodology, and the news is bad for the enthusiast crowd. Midsize sedans and wagons will not fare well when tested using the new barrier, which more accurately represents the height and mass of modern trucks and SUVs.

The current IIHS side-impact test is more than 15 years old. The Institute’s updated regime would utilizes a heavier barrier (up from 3,000 pounds to 4,200) that will be propelled at 37 miles per hour (vs. 31 mph currently). Engineers said the 6-mph increase injects 42% more energy into the crash. Adding 1,200 pounds to the barrier adds another 40 percent more energy on top of that.

While these updates have not yet been implemented, IIHS has performed some testing of current cars as part of its development process. Late last year, some small SUVs were subjected to the new test for the first time. Only the Mazda CX-5 aced the new test. This time around, IIHS tested the Chevrolet Malibu, Toyota Camry, Honda Accord, Hyundai Sonata, Volkswagen Jetta, Nissan Altima and Subaru Outback. The results were even more disheartening.

“Overall, this initial group of midsize cars did not perform as well as the first batches of small and midsize SUVs evaluated earlier,” IIHS said in its release. “One reason could be their lower ride height.”

That might explain why the Subaru Outback, with its higher-than-average ground clearance, managed to score a “Good” on the updated test. The Jetta and Sonata managed “Acceptable” scores; the Accord, Malibu, Altima and Camry all earned “Marginal” ratings.

“With vehicles that sit lower to the ground, the striking barrier hits higher on the door panel,” said IIHS President David Harkey. “That potentially puts sedans and wagons at a disadvantage in this evaluation but reflects what happens in a real-world crash when these vehicles are struck by a higher-riding pickup or SUV.”

For now, the updated test does not count toward a model’s performance in IIHS testing but it will become part of the suite starting in 2023. A good or acceptable rating will be required for the lower-tier Top Safety Pick; only Good will allow a vehicle to qualify for Top Safety Pick+.