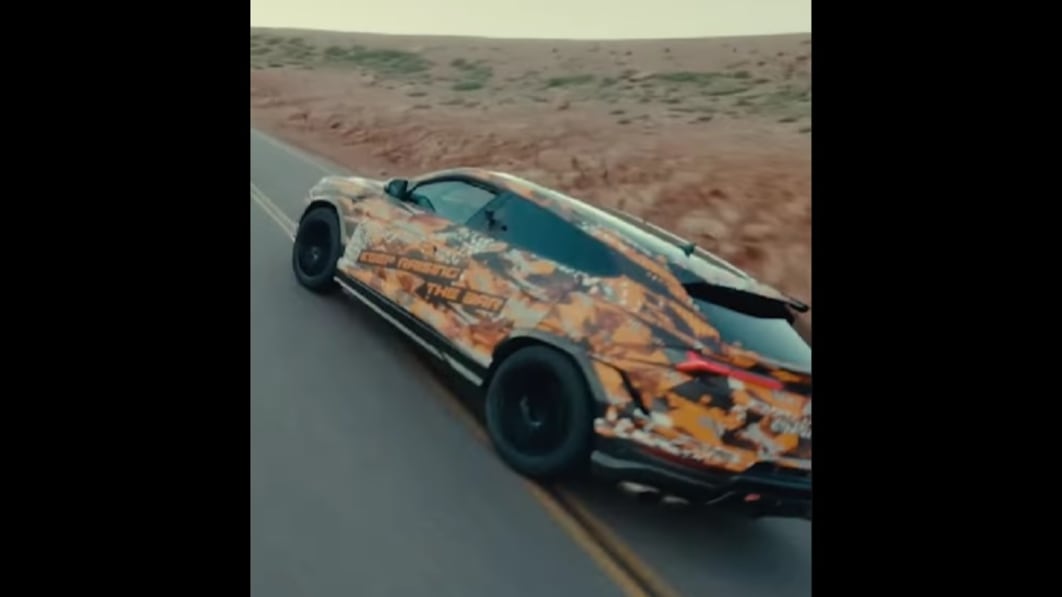 Lamborghini set an all-time sales record in 2021 thanks in part to the Urus. The super-SUV has predictably been a hit, and it’s getting an update in the near future to remain competitive. Footage published on social media gives us a preview of what to expect from the model.

Posted on Instagram, the short video shows a camouflaged Urus prototype racing up Pikes Peak in Colorado. “When you’re going that fast anything can happen,” the narrator warns, but the preview stops short of revealing exactly what we’re looking at. The footage of the SUV isn’t much help, either: the Urus moves fast and is rarely in focus. Earlier spy shots may provide better insight into what’s coming, however.

Images of a pre-production prototype testing in the snow published in January 2022 suggest that the visual changes made to the Urus will be relatively minor. They include additional vents integrated into the front bumper and a redesigned rear bumper. We’re also expecting that the interior will receive new tech features, and it’s not too far-fetched to speculate that a handful of mechanical changes will be found under the sheet metal. And, unverified rumors claim that a gasoline-electric hybrid powertrain will be made available in the coming years.

Lamborghini will release additional details about its new Urus flavor in the not-too-distant future. That’s also when we’ll find out more about the Pikes Peak connection. Is the Italian firm planning to dethrone sister company Bentley and set a new SUV record? Stay tuned. For context, the current record holder is a Bentayga that raced up the 156-corner mountain in 10 minutes and 49.9 seconds in June 2018.

The updated Urus isn’t the only new Lamborghini model in the pipeline. The final evolution of the Huracán will make its debut before the end of 2022 and it will be worth waiting for: it will be a production-bound version of the off-road-ready Sterrato concept unveiled in June 2019.