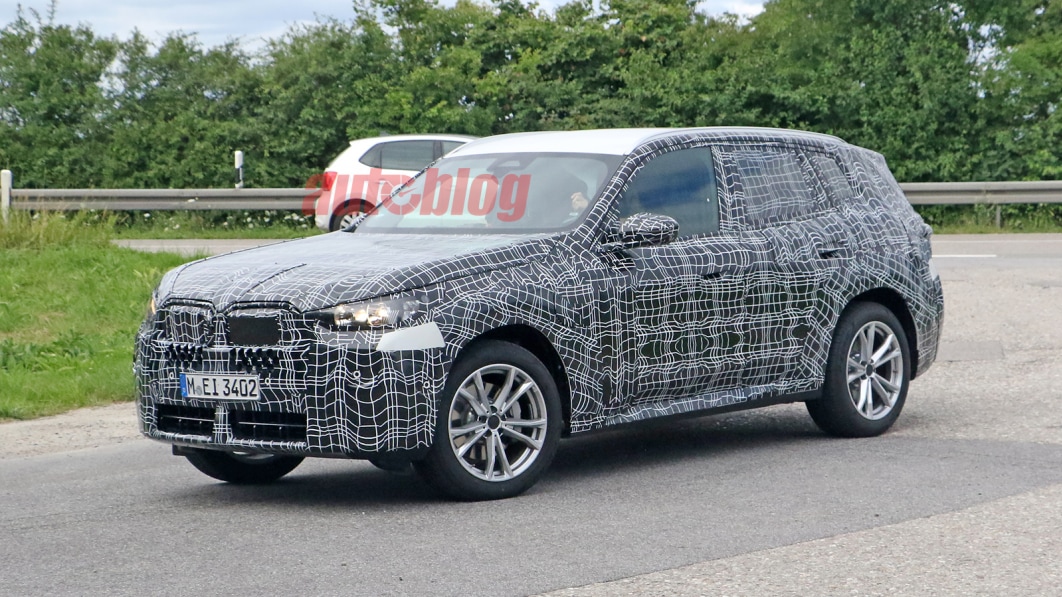 Though it was just recently updated, there’s a new BMW X3 nearing production. As shown in these spy photos, the compact luxury SUV continues with BMW’s current design trends. Most of it looks very evolutionary, but it will likely have large kidney grilles plastered to the front.

This prototype does hide its grille fairly well, but the many holes for allowing air in show that the kidneys will be sizable. It looks like they aren’t as tall as what we’ve seen on the 4 Series at least. The headlights flanking the grille seem to have an extra scowl, emphasized by the cut line for the hood. The fenders, both front and rear, look wider, or at least styled as such. And continuing with the rear, the windows still look upswept, but the rear pillar looks like it could be a little thicker, and have a slightly more fastback shape, a bit like the XM flagship performance SUV. And one final detail: The new X3 has adopted the flush-fitting door handles shown on the iX and i4.

The X3 will likely be offered with the full complement of engine options seen on the current car, though probably updated. That means base models with a turbocharged four-cylinder, optional turbocharged six-cylinders, as well as high-output versions for M models. There will probably be a plug-in hybrid model for the U.S., and potentially an electric version at least for other markets if not here. This prototype looks relatively far along, though it’s still missing production taillights. With the current X3 having just been updated, it could be a couple of years before the new X3 launches.