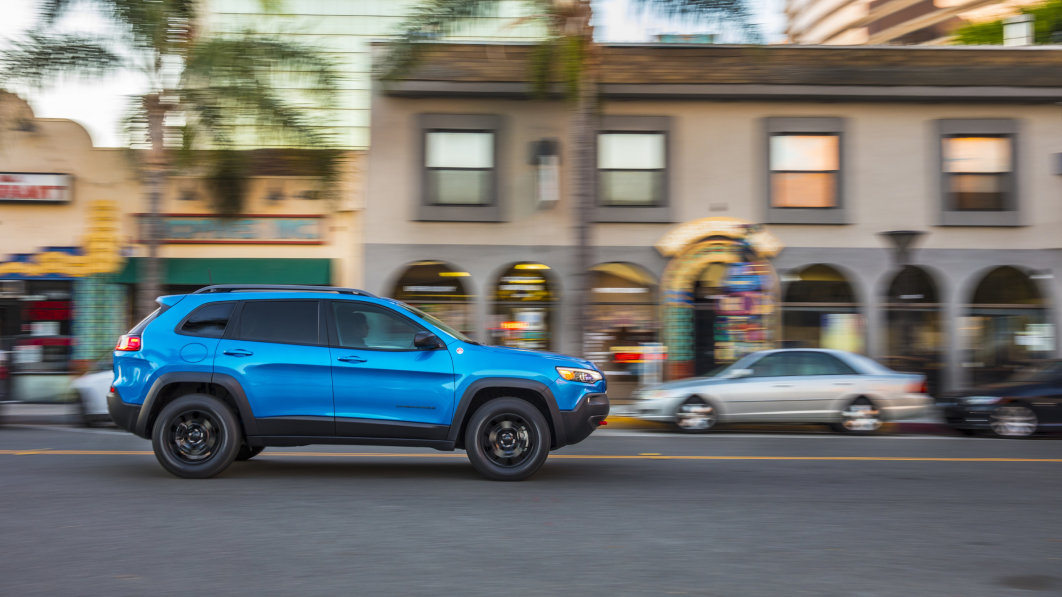 The National Highway Transportation Safety Administration (NHTSA) is investigating a potential safety issue that could be present in more than 1 million Jeep Cherokees sold for the 2014-2020 model years. Per owner complaints, these cars may be equipped with an electronic parking brake control module that is susceptible to water intrusion. If the water causes a short, it can result in uncommanded activation of the parking brake while the vehicle is in motion, which can lead to a stall, NHTSA says.

If you follow Jeep Cherokee news closely (and who doesn’t?), this issue may ring a bell. That’s because Jeep was on the hook for recalling the Cherokee for water intrusion into the liftgate control module, which is fitted right next to the parking brake module. In that instance, short circuits had the potential to cause a fire, which has not so far been indicated as a potential side effect of the new parking brake issue, but any time electricity is involved, there’s usually at least some risk for ignition.

The Cherokee is just one of four Stellantis models with a new open investigation, the Detroit Free Press reported Tuesday. NHTSA is also looking into reports of a transmission problem that could strand owners of 2019-2021 Chrysler Pacifica plug-in hybrid minivans and a crankshaft and/or camshaft position sensor problem that could cause a stall in the 2016 Dodge Journey and Jeep Compass. Between the two, these investigations cover an additional 300,000 vehicles.

None of these vehicles are being recalled at this point, however a NHTSA investigation is the first major step toward a recall being initiated. The regulator will work with Stellantis to determine whether a recall is necessary.