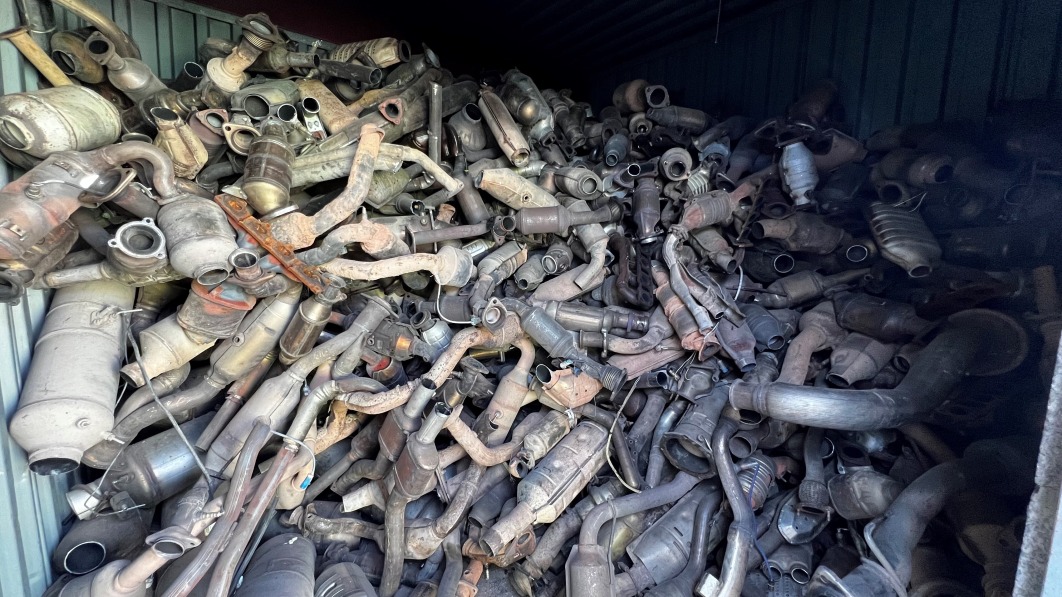 Police in suburban Portland, Oregon, said Thursday they arrested a crime ring leader responsible for trafficking more than 44,000 catalytic converters stolen from vehicles on the West Coast since 2021.

Beaverton police say they busted a local organized crime ring, arresting two suspected ringleaders and 12 suspected associates. According to Oregon Live, authorities were alerted to the operations when one of the suspects was caught hauling 100 stolen catalytic converters during a traffic stop late in 2021.

The discovery led to a months-long investigation that culminated in a rash of raids and seizures in July during which authorities searched eight locations and recovered 3,000 stolen catalytic converters (along with a stack of cash, an unspecified but “high-end” car and jewelry, likely stolen). Detectives identified Brennan Doyle, 32, as the leader of the operation.

The metals inside catalytic converters can sell for thousands of dollars per ounce. The street value of the parts stolen and trafficked was estimated to be over $22 million.

The suspects are accused of stealing catalytic converters from vehicles along the West Coast and beyond, Beaverton police spokesperson Matt Henderson told the Associated Press. The crime ring was centered around Portland, but spanned multiple Oregon counties as well as Washington state, Nevada, California, Texas and New York, he said.

The crime ring shipped boxes of converters to the East Coast and internationally, Henderson said. Dozens, if not hundreds, of people may have been involved in the operation, he added, but declined to share more details because the investigation is ongoing.

Doyle of Lake Oswego, accused of being the ringleader, was indicted on 72 charges, including racketeering, aggravated theft, and money laundering. Police say one of his associates, Tanner Hellbusch of Beaverton, was indicted on 20 similar counts.