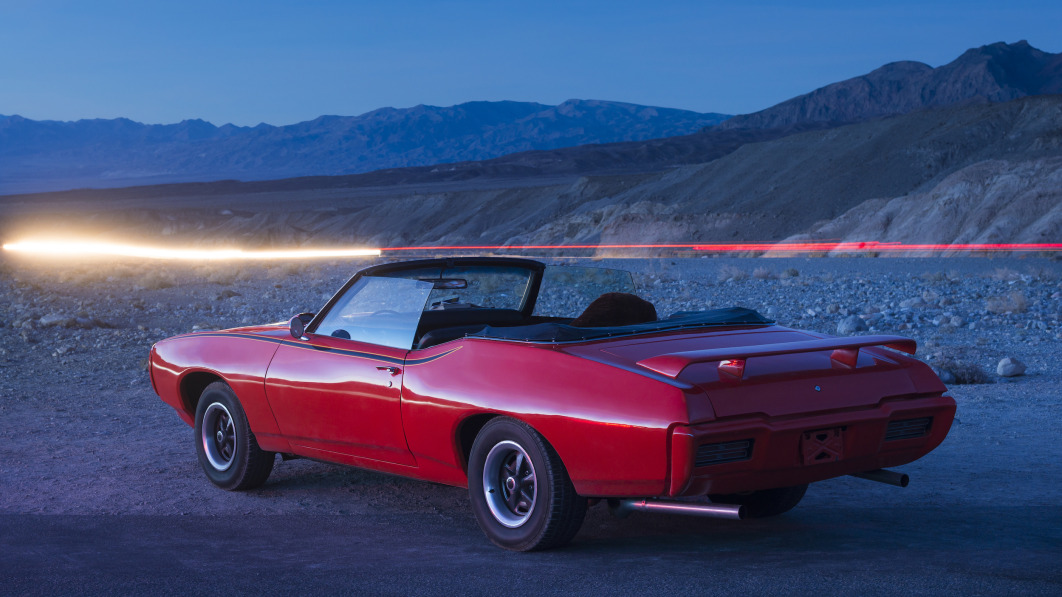 As a child growing up in the 1980s, I idolized classic muscle cars. Especially the Pontiac GTO and Trans Am. My family had both models in varying states of functionality — the highlight being a 1970 Pontiac Trans Am with the Ram Air III engine and four-speed manual transmission that was in very good original condition and painted in my preferred blue-with-white-racing-stripe color scheme — over the years parked in our garage/barn. It was impossible not to be impressed by the power their pre-emissions-control engines produced.

That’s because cars of the 1980s weren’t very fast. And we all knew it. To be fair, I still lusted after ‘80s cars like the still-in-production Trans Am, Shelby Dodges and Ford Mustangs and Thunderbirds. I knew full well that they were comparatively slow when judged by the standards of the late 1960s and early 1970s, and I would have preferred to have a legit muscle car in my own fantasy stable, but I appreciated that automakers were still doing their level best to meet the performance demands of their customers.

It wasn’t until the mid-1990s that General Motors and Ford were able to eek enough horsepower and torque from their latest V8 engines to properly put up a fight with classic muscle cars. I know firsthand, having traveled every year to the Pontiac Nationals at Summit Motorsports Park in Norwalk Ohio, with my dad. We’d sit and watch the races from the grandstands, and I vividly remember seeing Ram Air Firebirds with the fabled WS6 package run neck-and-neck with well-tuned GTOs down the quarter-mile strip. It was an exciting time to be a young kid with a driver’s license.

Suffice it to say, things haven’t slowed down since then. In fact, they’ve sped up considerably. At this point, it’s safe to say that the muscle cars many of us remember so fondly aren’t as fast as we thought they were. This is where we come to the term “for the day.” Because yes, the original Pontiac GTO, Chevy Camaro, Dodge Super Bee, and Shelby GT500 were indeed very fast for the day. Turns out, speed and performance are generational.

The years don’t line up exactly right, but to simply things, the Baby Boomer generation’s fast cars were faster than Generation X’s fast cars. Generation Y’s (also known as Millennials) fast cars caught up, and Generation Z’s blew them all out of the water. As it turns out, Generation Alpha’s (that’s what comes after Z, apparently), are the fastest of all. For now, at least.

Electrification has taken over from internal combustion as the best way to go fast. The Tesla Model S Plaid is the quickest new car you’ll find at dealerships in America right now, though now that the Rimac Nevera is officially street legal in the U.S., it’ll take that crown. You’ll note, of course, that both of those cars are electric. And if you don’t think the Model S Plaid is as fast as Tesla claims, that’s probably because you haven’t searched for drag racing videos on YouTube recently.

At this year’s Goodwood Festival of Speed, the track record was set by a small electric car buoyed by a huge fan and ductwork to suck it to the ground. The old record it narrowly beat was also set by an electric vehicle, the Volkswagen ID.R.

Whether by camshafts and compression or electrons and algorithms, cars are getting more powerful, and they are better able to put those ponies to the ground. I don’t think it’s going to let up, either. Elon Musk is already talking about putting rockets on EVs to keep pushing the envelope. Barring crazy experiments like rockets and suction, though, I still expect performance of everyday cars to continue climbing. Batteries are going to get more efficient, which should lead to lighter-weight and more energy-dense packs; tires and traction control technology will continue to advance; and the performance car world will march on.

Circling back to muscle cars, it’s fair to say that they will forever be seen as objects of desire for enthusiasts and car collectors alike. I’d gladly spend a sizable stack of bills on any number of cool and generationally fast ‘80s cars — I’d really love to own a GMC Syclone or Typhoon some day — despite the fact that I know I’m looking at their capabilities through rose-colored glasses. And I’d love even more to park an old Goat in the garage again, visiting the drag strip as often as feasible. I’d just have to be OK with the fact that a bog standard Hyundai Ioniq 5 or Kia EV6 would very likely beat me through the traps. It’s progress, and I, for one, and thankful for it.