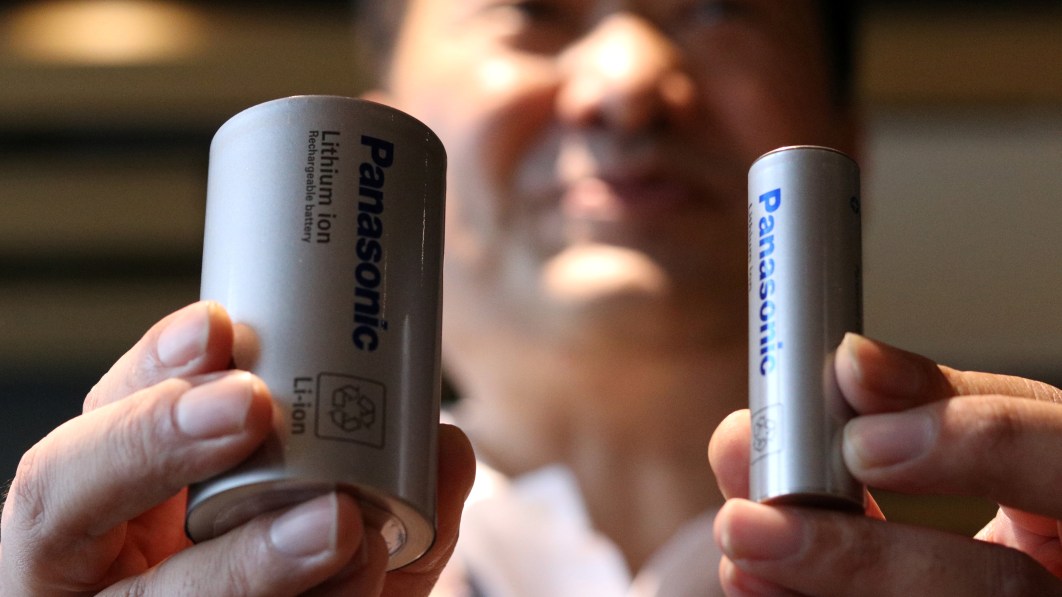 Panasonic Energy Co. CEO Kazuo Tadanobu holds a prototype of the 4680 format battery cell, left, next to the current 2170 battery that Panasonic supplies to Tesla. (Reuters)

The Japanese conglomerate aims to triple or quadruple EV battery production capacity by fiscal 2028 from the current level of roughly 50 gigawatt-hours per year, according to the report.

Earlier in June, Reuters reported Panasonic was looking at potential factory sites in Kansas and Oklahoma to supply batteries to the U.S. electric automaker’s plant in Texas.

Panasonic already has a factory in Nevada that supplies smaller batteries to Tesla.

The company, which has been Tesla’s battery supplier for more than a decade, also said it had shipped samples of its more powerful 4680 format battery to the electric-car maker.

The new battery is about five times bigger than those that Panasonic currently supplies, meaning the U.S. electric automaker could be able to lower production costs and boost vehicles’ driving range.