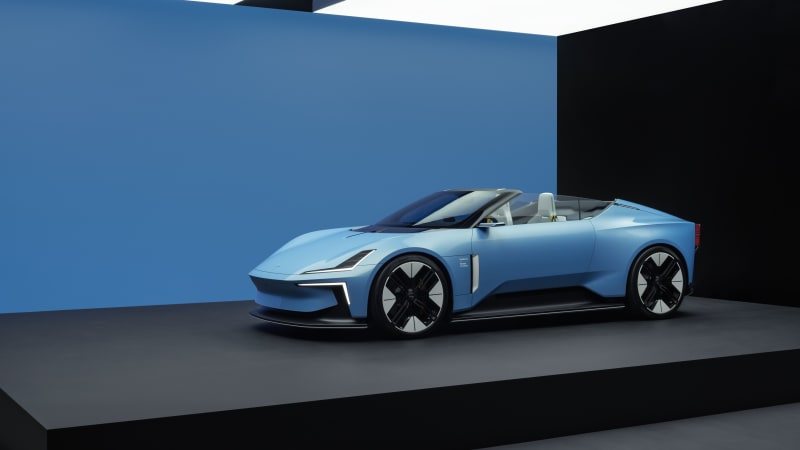 Polestar’s EVs may not be the quickest or have the longest ranges, but they are undeniably cool. The company’s sleek Scandinavian style oozes from every curve and body line of the Polestar 1 and 2, giving them a unique design that stands out from the crowd. Back in March, the company showed off its electric roadster concept, and today, we learned that the car will enter production in 2026 as the Polestar 6.

Though it’s still a few years down the road, interested customers can reserve a car starting today. Polestar says the 6 will be built on its bonded aluminum platform, which supports 800V architecture. Output can reach 884 horsepower and 664 pound-feet of torque. The automaker targets a 0-62 mph (100 km/h) time of 3.2 seconds and a top speed of 155 mph.

The automaker is taking a now-common approach to launching the car. Similar to the “first edition” EV models companies like GMC took with the Hummer, Polestar offers a 500-unit limited-run “L.A. Concept” variant. The exclusive roadster will get 21-inch wheels from the electric roadster concept car, sky blue exterior paint, and a light leather interior.

We’ll be waiting awhile to see the Polestar 6, but the company has a handful of other models to roll out in the meantime. The Polestar 3 will debut in October 2022 as an electric performance SUV. It’s the company’s first utility vehicle, and Polestar says it will offer semi-autonomous highway driving using a best-in-class lidar sensor made by NVIDIA. Details on the Polestar 4 are scarce, but we know it will be a silky SUV coupe. Finally, the Polestar 5 will be a show-stopping four-door hatchback. Again, details are slim, but if any of these EVs perform as well as they look, we’re in for a real treat.