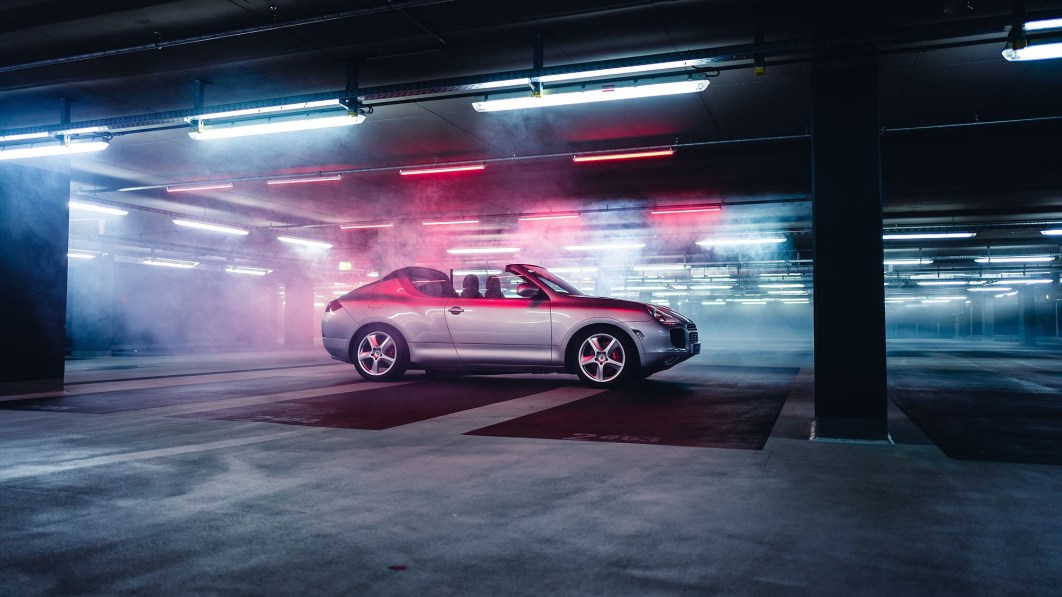 Porsche added a second body style to the Cayenne lineup when it launched the Coupe variant of the third-generation model for 2020, but the idea of expanding the range is as old as the SUV itself. The company shed light on a convertible that could have made it to production.

Introduced in December 2002, the original Cayenne was exclusively offered as a four-door SUV. Executives considered three additional body styles: a coupe, a three-row model extended by eight inches, and a convertible. While the trio were ultimately canned, Porsche built a life-sized model of the droptop so that its designers could check whether the body style was comfortable and practical, play around with different top options, and settle on a rear-end design. This explains why the back end is fitted with two distinctly different looks.

Visually, the Cayenne Cabriolet looks close to the regular-production SUV when viewed from the front. It’s a different story from the side: It has two doors, and it’s fitted with a black soft top designed to fold into the trunk thanks to a mechanism similar to the one fitted to the 911 Targa. Out back, well … it depends on which angle you’re viewing it from. The driver side is more 911-like, while the passenger side is more angular and SUV-like. Most of the interior parts ahead of the driver are standard Cayenne bits, like the three-spoke steering wheel.

Porsche explains that it canceled the Cayenne Cabriolet because it couldn’t make a favorable business case for the model. Design-related concerns also played a role in the model’s demise, however.

“An SUV as a convertible is a challenge both aesthetically and formally. An SUV always has a large and heavy body. You combine this with a small top half and then cut off the roof — you get very strange shapes emerging from that,” said Porsche head designer Michael Mauer.

Interestingly, the Cayenne Cabriolet isn’t the only oddball in Porsche’s archives. It nearly built a minivan in the 1990s, and the Renndienst concept van, below, was an intriguing look.