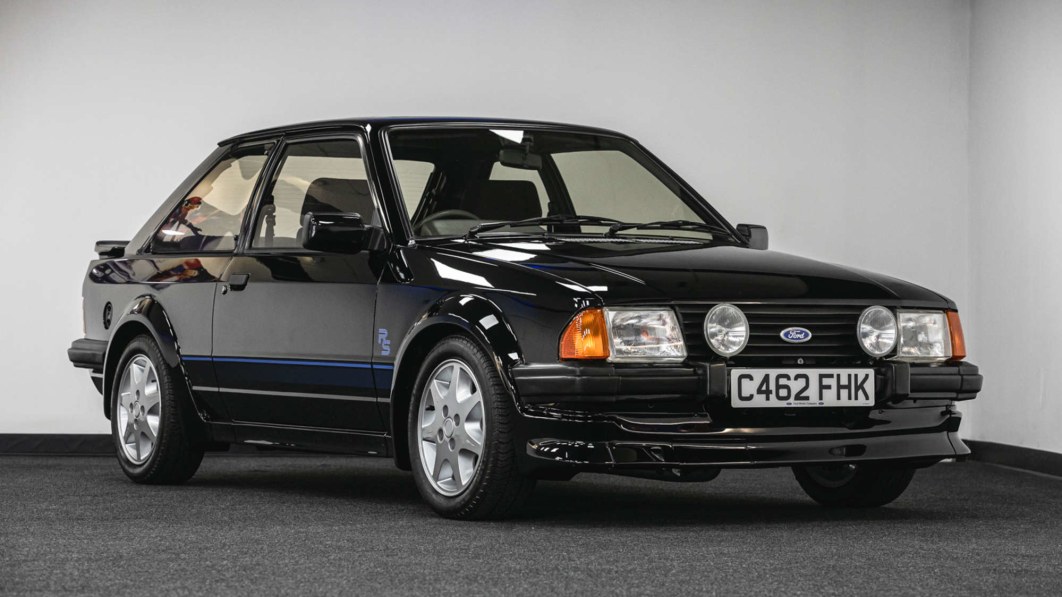 As a member of the British royal family, the late Princess Diana had an array of chauffeurs and high-end cars at her disposal. And yet, she was often seen behind the wheel of a humble Ford Escort. Her first Escort — a relatively basic model — was sold at an auction in June 2021, and her second Escort — a far more interesting RS Turbo that’s unique in many ways — will soon cross the auction block.

Princess Diana ended up behind the wheel of a 1985 Escort RS Turbo due to security-related concerns. Silverstone Auctions explains she was originally set to get a red convertible until the member of The Royalty Protection Command in charge of her security intervened. The soft top provided little in the way of privacy and even less in the way of safety, so she had no choice but to order a car with a fixed roof.

Getting a bare-bones variant with steel wheels and a carburetor was seemingly out of the question. She selected the RS Turbo, the latest in a long line of hot-rodded Escort models. It was exclusively offered in white, though Ford’s PR manager came up with the idea of painting Diana’s car black, and the Special Vehicle Engineering team installed a five-slat grille from a standard Escort instead of the Turbo’s three-slat unit in a bid to make the hatchback more subtle. They left the rally-inspired driving lights, the seven-spoke wheels, and the spoiler, however.

Silverstone Auctions notes that Princess Diana gave her Escort back to Ford in May 1988 with about 6,800 miles on the odometer. Geoff King, the manager of Ford’s Government Sales Department, purchased the car for his wife. It somehow ended up as a prize given away by radio station KISS-FM in September 1993, and a woman identified as Miss Jones of Essex, England, won it. It had 12,000 miles at the time.

Fast-forward to 2008: A private collector bought it from a man named Mr. Windsor (not sure if he was one of those Windsors) who had purchased it in November 1994. It has been in this collection since, and its odometer currently displays 24,961 miles. It’s unmodified, it’s offered with a long list of service records and other documents, and it has been reunited with the C462 FHK registration number assigned to it when Princess Diana took possession of it.

The so-called People’s Princess had good taste in cars. Power for the RS Turbo comes from a turbocharged, 1.6-liter four-cylinder engine that sends 130 horsepower and 133 pound-feet of torque to the front wheels via a five-speed manual transmission. That’s a lot for a car that tips the scale at 2,182 pounds. For context, a base 1985 Escort putted along with a 49-horsepower, 1.1-liter engine.

Even without a connection to Princess Diana, this first-generation Escort RS Turbo would undoubtedly sell for a jaw-dropping figure. It’s original (many ended up heavily modified in the 1990s), it features unusually low mileage, and it’s the only known example painted in black. Its ownership history will likely send the selling price through the roof. It will cross the auction block on Saturday, August 27, with no reserve, but we wouldn’t be surprised if it sells for a six-digit sum. Keep in mind that Diana’s first Escort, a 1981 four-door hatchback given to her by Prince Charles two months before their wedding, sold for £52,000 (around $63,600) including taxes and the buyer’s premium in 2021.