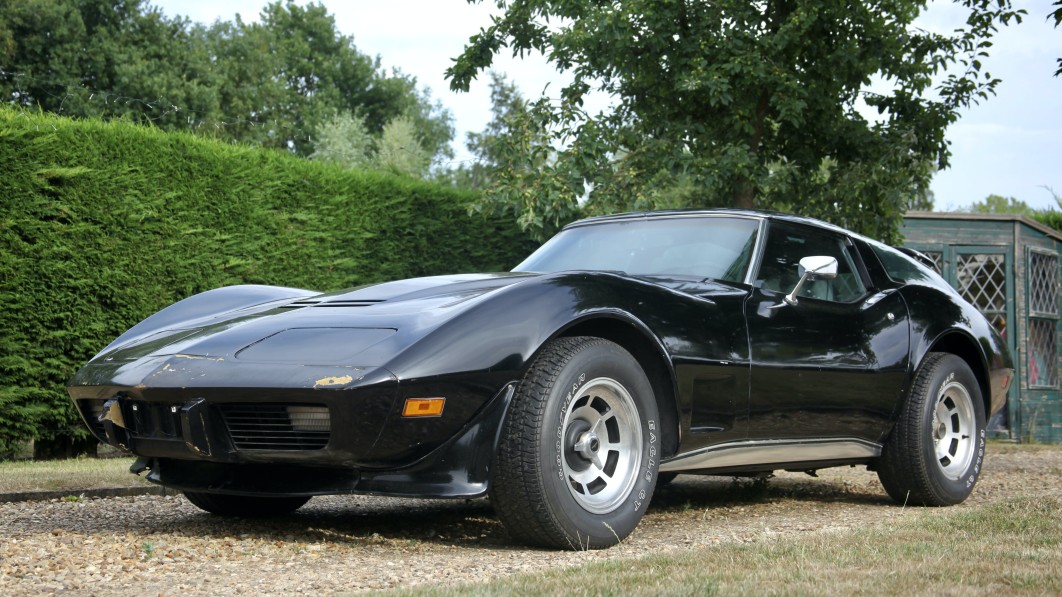 Chevrolet’s emblematic Corvette has taken on many forms over the past seven decades, but it has never been offered as a station wagon — at least not from the factory. Race car driver John Greenwood developed a kit to turn the third-generation model into a shooting brake; most historians agree that between 20 and 25 units were converted, and one of the two reportedly known to survive will soon be auctioned off.

Located in England, and listed online by Car & Classic, this 1975 Corvette is allegedly the only Greenwood built with a 2+2 seating layout. We use that term somewhat loosely: The rear seats are tiny. There’s also a trunk that’s considerably more spacious than the regular third-generation Corvette’s. Visually, the shooting brake treatment blends surprisingly well with the C3’s lines. It adds windows that stretch into the extended roof panel, a roof-mounted spoiler, and a hinged piece of glass that lets users access the trunk. The rear fascia is unmodified.

Power comes from a 5.7-liter V8 that’s carbureted and bolted to an automatic transmission. This car runs and drives, according to the listing, but it needs some work before you can try to make history by taking a Corvette on an Ikea run. One of the brake calipers notably leaks, and the description points out that this Corvette needs “some reassembly.” All of the parts that have been removed are included in the sale.

Additional work will be required if you want to bring this Corvette back to stock; well, stock after the Greenwood conversion. The gray cloth upholstery, the “turbo” emblem on the rear fascia, and the valve covers are among the non-original parts that we spot in the photos. The good news is that, body aside, this is still an old Corvette. Replacement parts are readily available from a wide selection of vendors.

If you’re up for an unusual project, head over to Car & Classic and place a bid. The auction starts Aug. 7, 2022. And, while this Corvette is located in Cambridgeshire, it was sold new in America so shipping it back to this side of the pond should be fairly straightforward.