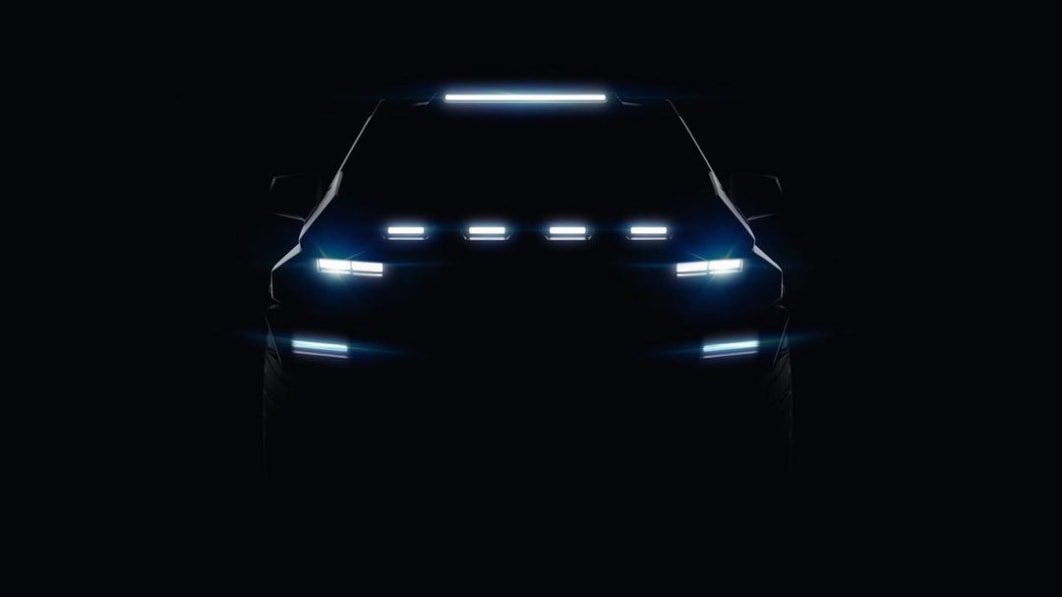 Rezvani’s vehicle are among the most unique rolling machines on any road, anywhere in the world. The Jeep Wrangler-based Tank and the Gladiator-based Hercules are insanely unique and bring love-it-or-hate-it styling in a big way. The automaker just announced a new vehicle called Vengeance, which it says is the “antidote to the current dull SUV segment.” The company’s Instagram teaser posts don’t reveal much, but the silhouette appears to support the claims that it will be a unique SUV.

Like Rezvani’s other, um, creations, the Vengeance will feature futuristic military-esque styling, but it appears to be larger than the Beast, which is based on the Jeep Wrangler. Instead, we might see a Jeep Wagoneer or Ram 1500-based vehicle. It appears that we’re looking at a four-door SUV with a large cargo area and dramatic lines. The vehicle’s rear end features a single taillight unit that stretches nearly side to side, and what appears to be a cropped rear bumper for better departure angles off-road.

The seven-seat Vengeance is expected to get a supercharged 6.2-liter V8 that produces 707 horsepower. It should be the same Hellcat Hemi that powers high-end Dodge Challengers, Chargers, and other vehicles in the Stellantis catalog. The automaker notes that the Vengeance sports a body-on-frame design with active suspension. A military edition will be offered that brings ballistic armor and more than 20 security features.

Rezvani CEO Ferris Rezvani said that his company’s goal “was to offer a fresh design inspired by armored vehicle concepts not typically seen on the road. The goal was a daily drivable vehicle that is purpose-built, rugged, off-road capable with a design that is muscular and well proportioned.”