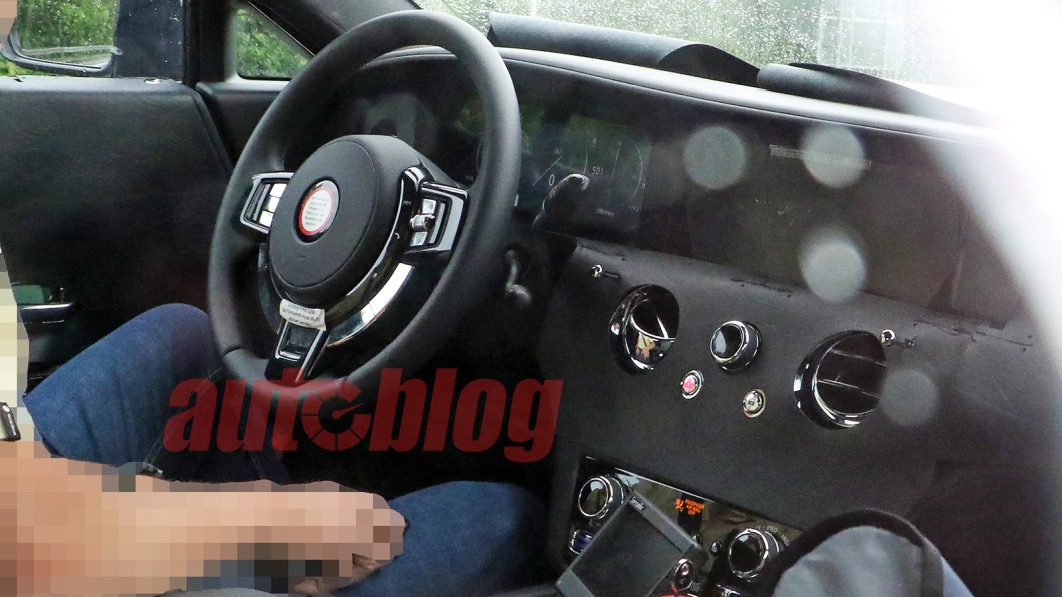 Rolls-Royce has been testing its upcoming Spectre electric luxury coupe for a while now, and it’s been wearing a camouflage wrap covered in marketing phrases. In both traditional spy photos and in manufacturer-provided ones, we’ve had a decent preview of the car. Now we finally get a look inside thanks to one of our spy photographers.

While some automakers have taken the opportunity to try bold new interior designs with their electric cars, Rolls-Royce seems to be staying the.course with the Spectre. The design is very traditional, with a tall, wide dashboard that doesn’t stick out far from the windshield. The vents and controls look just like the ones in the current Phantom sedan. The steering wheel is very similar, but the upper spokes are now closer to 9 and 3. Perhaps Rolls-Royce designers felt it looked a little sportier. It does still have a column shifter, even as an electric car. The instrument cluster appears to be fully digital, though, which is one of the few less traditional aspects of the cabin.

The Spectre will be built on the current Rolls-Royce architecture, which underpins all of the brand’s models. It features loads of aluminum and will be the most aerodynamic Rolls-Royce yet with a coefficient of drag of 0.25. But specs such as power and range remain a secret. We should know more as we approach the car’s launch date of late 2023.