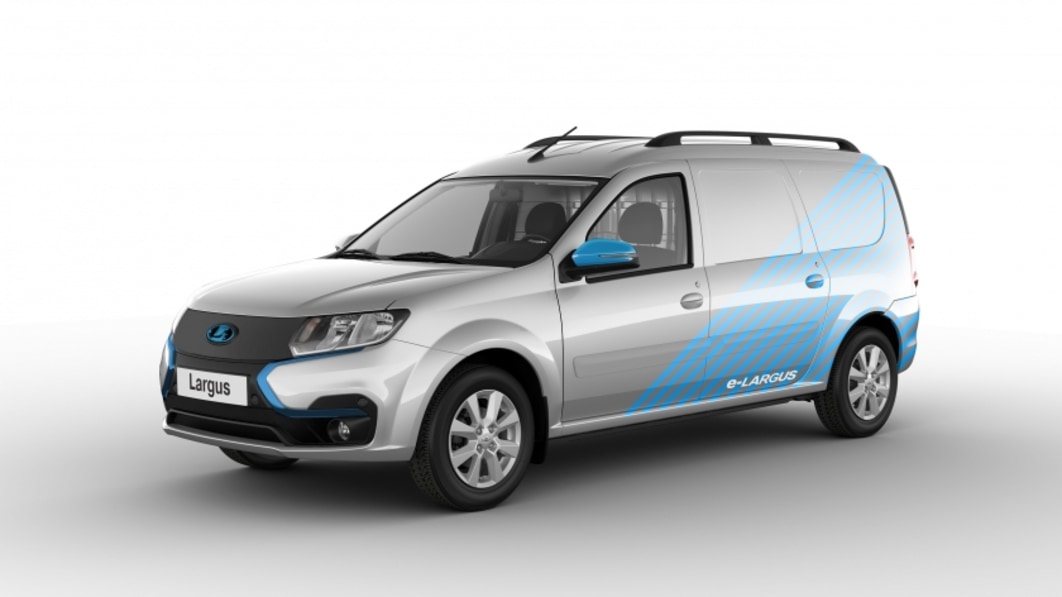 Russian state-owned Lada resumed production of the Largus in June 2022 using a batch of spare parts it kept in storage. The carmaker has announced that the wagon, essentially a re-badged first-generation Dacia Logan, is being turned into its first series-produced electric car.

Lada published a photo of the model, which is called e-Largus, but it stopped short of releasing technical specifications. Development work is on-going and assigned to a team within the company’s factory in the city of Izhevsk. The image suggests that Lada took roughly the same approach to design as other companies that have electrified a gasoline-powered car: the e-Largus features a black panel instead of a grille and blue exterior trim to denote its eco-friendliness. Interestingly, the model shown is a two-seater panel van. There’s no word on whether a passenger-carrying model will be added to the lineup sooner or later. Photos of the back end and the interior haven’t been released yet.

Renault-owned Dacia introduced the original Logan in 2004 and marketed it as a replacement for its 12-based cars in its home country. Offered as a sedan, a wagon and a pickup, the Logan was sold in numerous global markets and sometimes badged as a Renault. Buyers had a wide range of gasoline- and diesel-powered four-cylinder engines to choose from, but an electric model was not part of the portfolio.

Lada will announce additional details about the e-Largus project at a later date. It also plans to turn its Izhevsk site into what it refers to as an industrial park in order to circumvent international sanctions and create jobs, and to work with local authorities to improve the electric-car charging infrastructure. An unnamed company that will set up shop in the industrial park this month will notably build charging stations.

In the meantime, Lada has resumed production of several models after putting its factories on hiatus earlier in 2022 due to numerous sanctions and shortages caused by Russia’s invasion of Ukraine. Its range includes a stripped-down version of the Granta and an off-roader named Niva that was first launched in 1977.