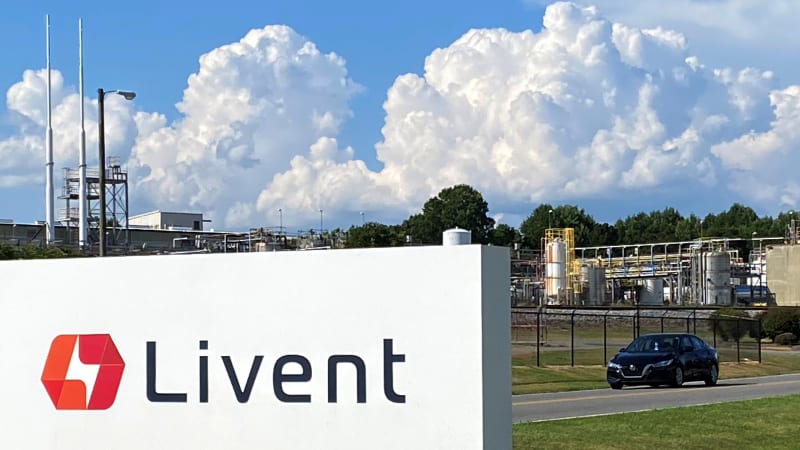 Undeterred by the slowing global economy, buyers of key components in the powering of electric vehicles are stepping up efforts to lock in supplies, with two of the world’s biggest automakers signing direct deals with producers of so-called battery metals.

General Motors Co. announced three deals Tuesday for supplies of raw materials needed for its EV fleet. Less than a week ago, Ford Motor Co. revealed a list of suppliers of inputs ranging from Argentine lithium to Indonesian nickel — enough to build 600,000 EVs a year.

The world’s shift into electric vehicles means demand growth for lithium, nickel, cobalt and other key ingredients in EV batteries is outpacing supply that’s been hampered by Covid-related logistical woes and a general lack of investment, pushing up prices. There are also growing concerns over China’s dominance of refining and manufacturing capacity of the materials. Reliance on the Asian nation is now seen as a vulnerability amid trade and political tensions that are spurring a rethink of global supply lines.

“These deals underscore the importance of locking in long-term and diverse sources of raw materials,” said Chris Berry, president of House Mountain Partners, an industry consultancy. “Access to the raw materials is going to be very interesting to watch in the back half of this decade.”

Automakers are facing delayed deliveries across the EV space, exacerbating supply-surety concerns. That’s propelling them to demonstrate supply chain management. “Announcing agreements with materials producers can be a differentiating factor for the progression of EV manufacturers,” said David Deckelbaum, an analyst at Cowen and Co.

The first of GM’s new arrangements for its next-generation EVs is with LG Chem Ltd. to supply 968,000 metric tons of cathode material through 2030. The second is a multi-year agreement with Livent Corp. to secure lithium. The third is a venture with Posco Chemical Co. to supply cathode materials from 2023 to 2025.

Ford said it secured enough battery supply to build more than half a million electric vehicles annually by late next year, a quantum leap above the 27,140 battery-powered cars it sold in the US last year. It has signed contracts with suppliers representing 60 gigawatt hours of annual battery capacity.  The two carmakers’ suppliers mostly have or will have regional facilities to provide materials, highlighting efforts to rely less on Chinese refining and manufacturing.

“Regionalized supply chains are becoming a reality,” Berry said. “All of the talk about strategic vulnerability is slowly being turned into action and this is perhaps the most encouraging aspect of these off-take deals.”