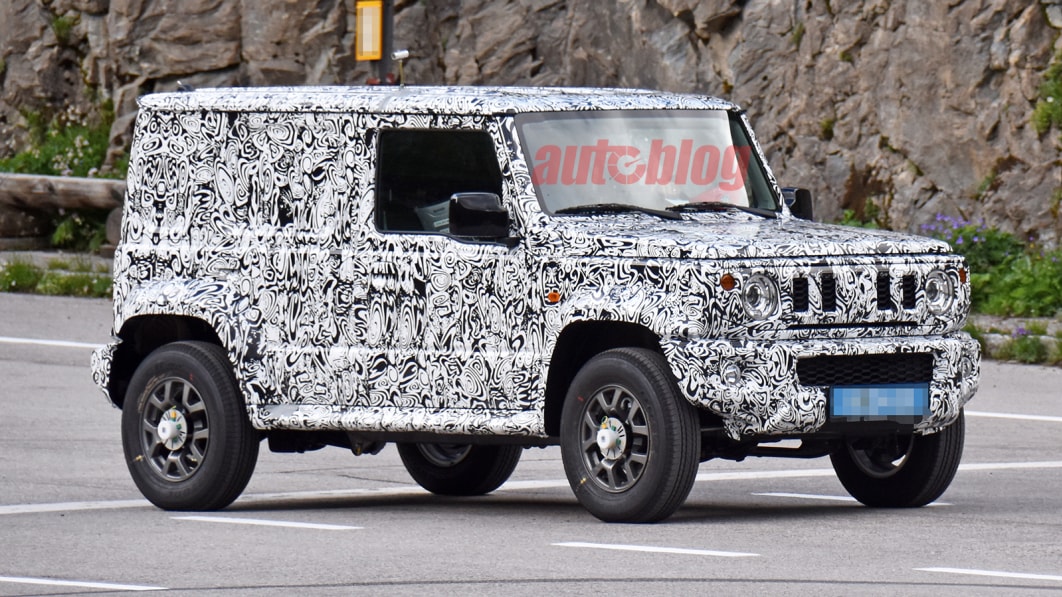 Modern car buyers really seem to have moved on from two-door vehicles. First coupes of all kinds disappeared, and now traditionally two-door SUVs have sprouted extra pairs of doors (see Wrangler and Bronco). The latest to join the trend is the tiny Suzuki Jimny, which has been spotted in Europe with four doors.

This more practical Jimny also has grown in length to accommodate its extra doors. Interestingly, the front pair appear to be the same size as those on the two-door model. The rear doors are a fair bit smaller. Still, access to the back should be easier than on the shorter model, and both leg and cargo room should be substantially improved. It also retains the very short overhangs, which is good for approach and departure angles, but the longer wheelbase will mean it can be high-centered more easily than its shorter counterpart.

Jimnys in the past have been available with a small amount of body variety. For a long time, it was available as a convertible, and some long wheelbase variants were produced. Aftermarket companies have also made their own changes to the SUV’s shape. But four full doors from the factory seems to be a new step for the Jimny. Also, the fact that it’s testing in Europe with left-hand drive suggests it will be a model offered in global markets, and not just in Japan. Sadly, it will still not come to the U.S.