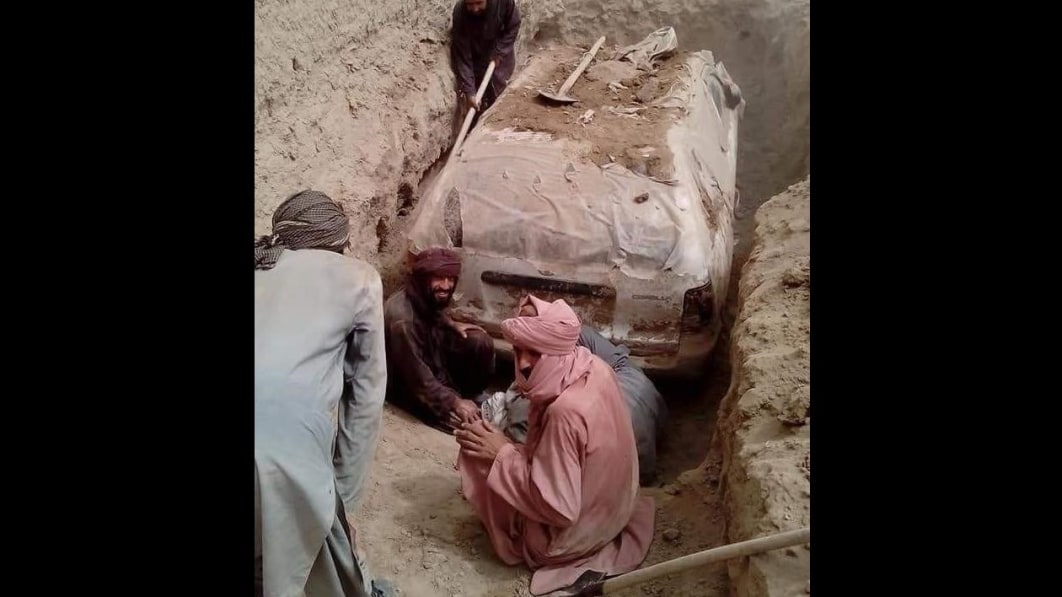 Afghanistan’s National Museum will soon welcome an unusual new exhibit: an E100-generation Toyota Corolla station wagon that has been buried since 2001. The wagon was used by Mullah Mohammad Omar, the Taliban’s founding leader, to escape American troops in 2001.

Omar relied on his humble Corolla to flee the city of Kandahar and escape to the province of Zabul shortly after the United States sent troops into Afghanistan in the aftermath of the September 2001 terrorist attacks, according to NBC. While parking the wagon in a garage would have been easier than digging a car-sized hole, the Taliban leader was worried that American soldiers would know where to find him if they located his car. He consequently wrapped it in plastic and buried it next to a mud wall in a location that was kept secret until recently.

Taliban forces decided to exhume the Corolla in July 2022, about 10 years after Omar’s death, as a way to show their strength following the withdrawal of American troops from Afghanistan. Photos published on Facebook by Pakistan-based page Karachi Track suggest that the Corolla has fared surprisingly well. It’s still wrapped in plastic and “mostly undamaged,” according to a social media post, though one of the exterior mirrors is broken. Crews are working on cleaning the Corolla, and it will ultimately be displayed in the Afghanistan National Museum.

Not every car that ends up buried (for any reason) remains as intact as Omar’s Corolla. In 2020, a British man discovered a 1950s Ford Popular 103E buried in his yard while building a deck. It was put there as a time capsule in 1964 after a mechanic wrote it off, and spending nearly 60 years underground left it in terrible condition. We don’t know what happened to it, but it doesn’t sound like it went to a museum.