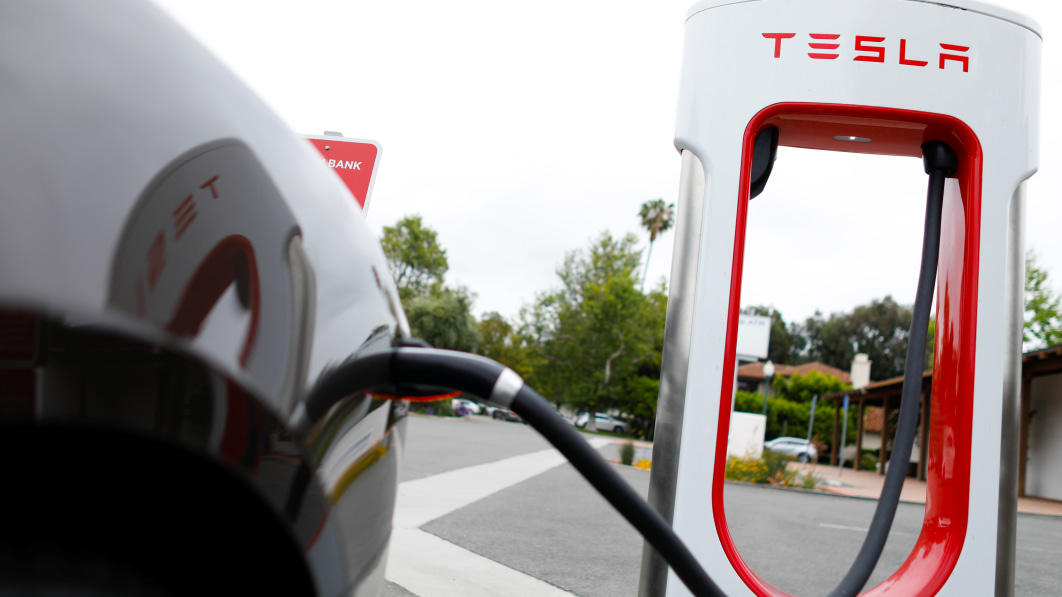 Tesla traveled to a German trade show called IdeenExpo to unveil a solar-powered, internet-connected range extender that’s integrated into a small trailer. While the concept is interesting on paper, it sounds like it might exacerbate the exact problem that it was designed to solve.

Official information about the trailer is few and far between. Photos of it appeared on Twitter, but the company hasn’t released details yet. Its single-axle chassis was seemingly made by a German firm called Humbaur, and it’s topped with an assortment of solar panels that fold out. It has no internal storage, according to a Twitter post, but it can provide Starlink satellite internet service to the car that it’s being towed by.

More images of the trailer. Another employee confirmed the range extender + Starlink purpose.
He said the trailer does not have internal storage at this point.

He again confirmed that the trailer is meant as a “show of concept”.

While the idea of using energy from the sun to extend an EV’s range holds water, mounting solar panels onto a trailer isn’t the best way to apply it. Pulling a trailer greatly increases energy consumption, regardless of whether your car is electric or gasoline-powered, because it adds both weight and drag. And, even if you encounter no clouds during your drive, the solar panels won’t generate a significant amount of electricity; they have a low energy conversion rate. What little range they manage to add will be at least partially offset by the trailer.

As of writing, we don’t know how many miles of driving range the trailer can generate or whether Tesla plans to bring it to production. The aforementioned Twitter post claims that a Tesla employee stressed the range-extending trailer was designed merely as a “show of concept.”