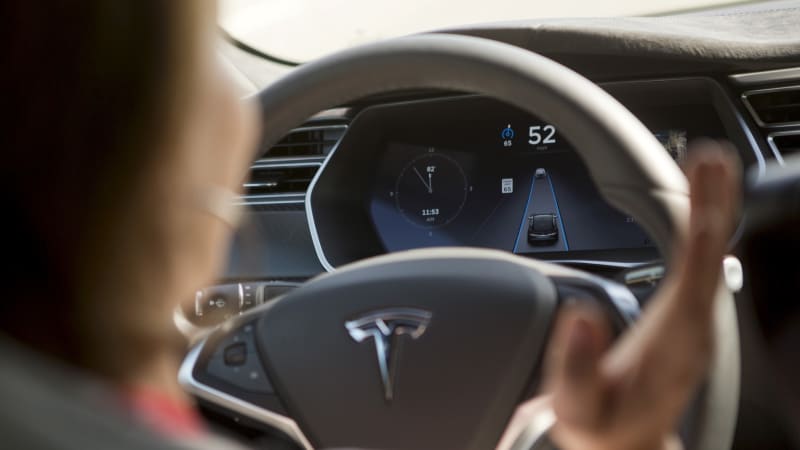 Tesla top artificial intelligence executive and a key figure behind its driver-assistance system Autopilot is leaving the electric-car maker after a months-long sabbatical.

Andrej Karpathy, who joined Tesla in 2017, announced his departure in a series of tweets Wednesday. He was senior director of AI and led the Autopilot computer-vision team that’s tried for years to render the company’s cars capable of driving autonomously.

“It’s been a great pleasure to help Tesla towards its goals over the last five years and a difficult decision to part ways,” Karpathy wrote. “In that time, Autopilot graduated from lane keeping to city streets and I look forward to seeing the exceptionally strong Autopilot team continue that momentum.”

The departure adds to a long line of turnover atop the Autopilot group, which has struggled to realize Elon Musk’s autonomous ambitions. The chief executive officer raised billions of dollars in 2019 after telling Wall Street Tesla would have 1 million robotaxis on the road the following year. The shared network of driverless cars Musk described still doesn’t exist, and the systems Tesla markets as Autopilot and Full Self-Driving, or FSD, require fully attentive drivers to keep their hands on the wheel.

The departure of Karpathy, 35, may reflect challenges Tesla is having with FSD and robotaxis, according to Dan Levy, a Credit Suisse analyst with the equivalent of a buy rating on the shares.

“We continue to view Tesla efforts in AV/robotaxi as ‘show me,’” Levy wrote in a note to clients.

Musk announced Karpathy was on a roughly four-month sabbatical in March, and Karpathy tweeted at that time he was looking forward to returning to Tesla. After Karpathy wrote Wednesday he decided to leave the company, Musk replied with thanks and praise.

Karpathy said he had “no concrete plans” for his next act but would revisit “long-term passions around technical work in AI, open source and education.”

Autopilot has come under intensifying scrutiny from U.S. regulators. Last month, the National Highway Traffic Safety Administration escalated one of its investigations into whether the system is defective and revealed it had reviewed almost 200 crashes involving vehicles using the technology. NHTSA’s other defect probe relates to vehicles equipped with Autopilot features suddenly braking at high speeds.

The change in Tesla’s executive ranks also follows a move to scale back part of the Autopilot group. Last month, Tesla laid off roughly 200 data-annotation workers and closed an office in San Mateo, California.

A year ago, Musk said responsibility for Autopilot was shared by Karpathy, Ashok Elluswamy and Milan Kovac, describing the group’s leadership as a “knights of the round table” structure.