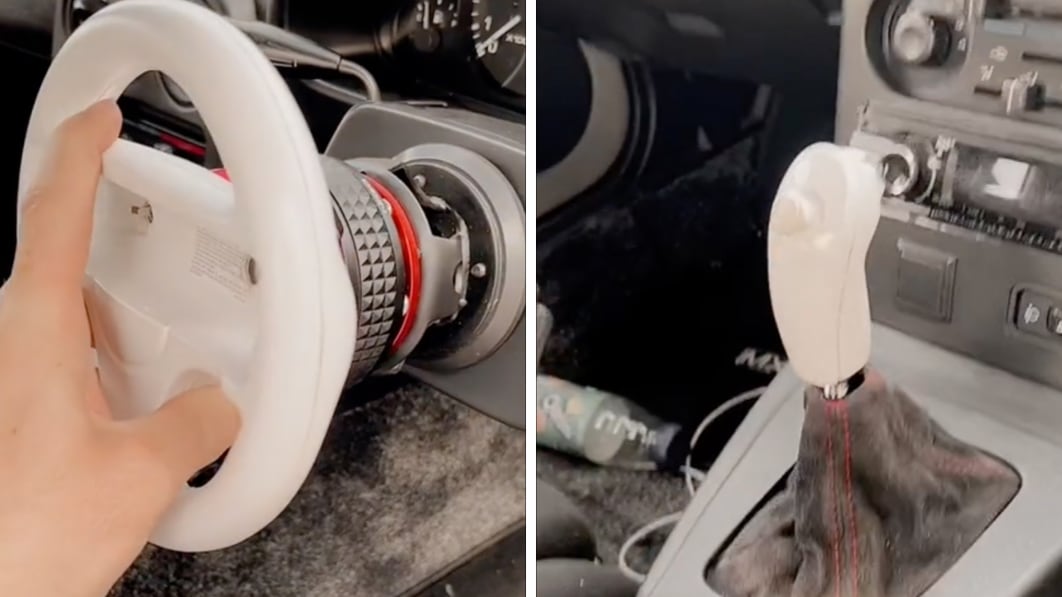 This week in racing game news:

The internet just never ceases to amaze, does it? Earlier this week, VG247 introduced to the larger world a story that has been bubbling in the depths of TikTok for about a month or so. User Tyler Atkin, who goes by @ttptng on the platform, has been slowly swapping out parts of his Mazda Miata with Nintendo Wii accessories, colloquially calling the project the “Wiiata.” It all started with Tyler removing his steering wheel and replacing it with the iconic Mario Kart Wii wheel. Then, he took it a step further and replaced his gear shifter with the Wii “nunchuck.”

Naturally, after the initial success of these first few videos, Tyler was inundated with requests and ideas from commenters on what he could mod next. Soon, he replaced his floor mats with official Wii Fit exercise mats, swapped his e-brake handle out for the Wii baseball bat attachment, and finally even removed his radio and replaced it with the Nintendo Wii console itself. And don’t worry, he even added the Wiimote wrist strap to his keychain for “safety.” It’s clearly an outrageous project and Tyler himself admits in a video that the wheel is “absolutely horrendous to use” but we’re fascinated by the endeavor all the same (Editor’s Note: We strongly recommend NOT replacing your steering wheel with a Wii wheel, though. It’s not nearly as strong as the metal used in real steering wheels, and if it broke, you would be without steering). Let us know what you’d add to the Mazda Wiiata in the comments below.

“Rocket League” is collaborating with Nike for new in-game decals