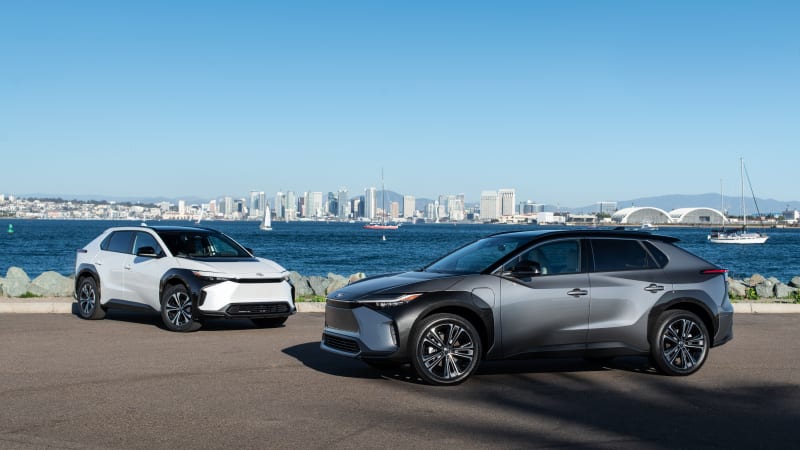 The Toyota bZ4X is brand new and just hitting the streets, but there’s already a big problem for the EV. In June, Toyota advised owners to park their new electric crossover, stating that sharp turns or abrupt acceleration could cause the vehicle’s hub bolts to loosen, making it more likely that a wheel would fall off. Now, the automaker is sending letters to owners with the next steps, and the situation appears to have reached the point that Toyota’s ready to start buying back bZ4Xs from unsatisfied buyers.

Electrek reported that Toyota sent letters to buyers, advising them to continue avoiding driving their vehicles. The automaker also offered several remedies to affected owners, including reimbursements if the car was paid in full, continued access to a loaner vehicle and storage of the bZ4X, free charging, and extensions of factory warranties.

If none of those offers are satisfactory, Toyota is offering to buy back affected bZ4Xs. The terms and conditions of the buyback offer depend on the state and the particulars of each sale. That the automaker is moving to make the buyback offer is significant because the bZ4X is such a new and high-profile vehicle. It’s Toyota’s first dedicated EV, so the wheels falling off is even more of a disaster than it would be for a more anonymous model.

Buybacks can cost billions for automakers, but Toyota only has a few thousand bZ4Xs in the wild so far. Owners are in a tough spot because the auto market is such an odd place right now. Buybacks are likely viewed as a last resort for many owners, who are left with few options for a comparable replacement. Some even paid dealer markups to get a bZ4X, and there are forum accounts of buyers pursuing reimbursement from Toyota for the overage.

Since it shares so much with the bZ4X, the Subaru Solterra is also wrapped up in this recall. None of those vehicles have yet been delivered in the U.S., so that’s less of a problem. That said, there are plenty of buyers with the EV on order, so it’s unclear what will happen with their reservations. It’s also not immediately apparent if the related Lexus RZ will end up with a similar recall. No doubt Toyota will scramble to resolve the problem as quickly as possible.