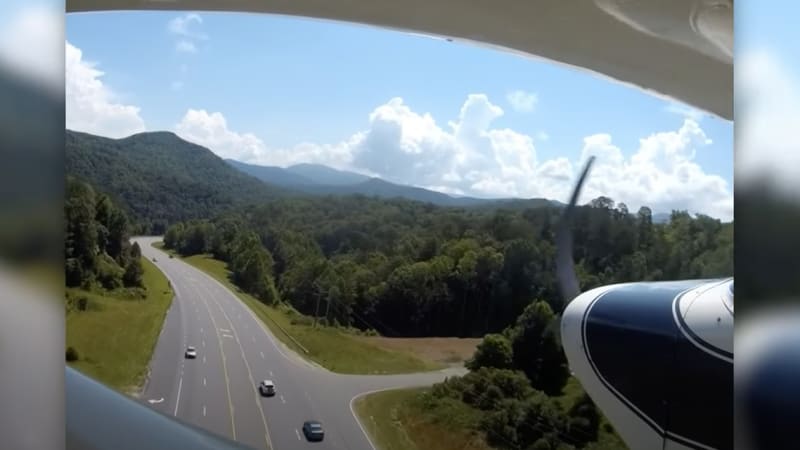 BRYSON CITY, N.C. — A Florida man who aspires to be a commercial pilot showed his skills in an emergency when he landed a single-engine aircraft on a four-lane North Carolina road, missing cars and power lines as he touched down.

Vincent Fraser was flying the plane July 3 when the aircraft began to lose engine power as he was checking out land he had purchased near a lake. Fraser’s father-in-law also was aboard.

“There was nowhere to land so … I think I told him I loved him and that I was sorry for putting him in the situation,” Fraser told The Associated Press.

His father-in-law responded that he loved Fraser and to do the best he could.

He was heading for a river when a highway, U.S. 19, appeared below the aircraft. A GoPro video posted by the sheriff’s office showed the airplane sailing over cars before it landed on the road, where oncoming traffic pulled off to the shoulder to avoid a collision.

Fraser, a former U.S. Marine who is currently a flight attendant, said he began having second thoughts about his piloting goals afterward. But the successful landing, along with family and community support, bolstered his resolve.

“Now I know that I can do it and I can make it out alive and safe,” Fraser said.