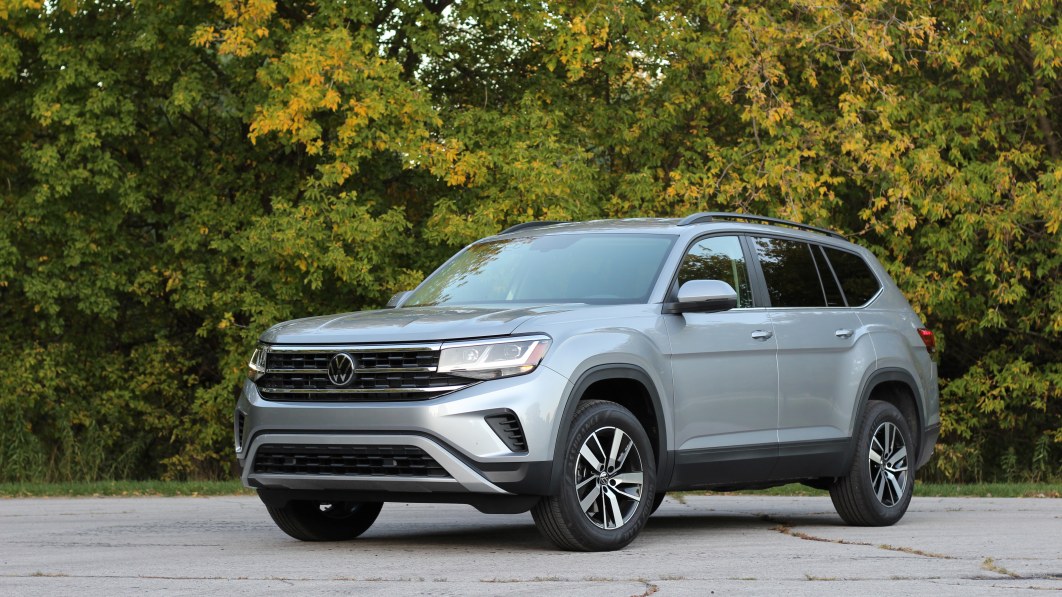 Volkswagen is in the midst of a massive EV offensive, but it’s not forgetting about the gasoline-burning side of its lineup. It announced that the Atlas and Tiguan, two of its best-selling models in America, will return for a new generation with more power under the hood.

“I can confirm [that the] Tiguan will have a successor. Whether it will be a full-blown R, maybe not, but I can tell you that there will be a derivative in the Tiguan lineup that will have a little bit more oomph and a little more giddyup,” revealed Hein Schafer, the senior vice president of product and strategy for Volkswagen’s American division, in an interview with CarBuzz.

He stopped short of revealing how much power the popular crossover will gain, and it sounds like the final number hasn’t been dialed in yet. “Whether that will be like an R that’s 100-150 horsepower more than the standard derivative remains to be seen,” he said.

Don’t expect to see Europe’s own 315-horsepower Tiguan R in American showrooms, however. Volkswagen told Carbuzz that it “definitely tried to get the Tiguan R here when Europe launched the car” but couldn’t due to a variety of setbacks, including the fact that the hot-rodded crossover is based on the short-wheelbase model that’s not sold here. Only the long-wheelbase version of the Tiguan is available in the United states.

The bigger Atlas is in line to receive a more powerful engine as well, though Volkswagen will stop short of making an Atlas R.

“The Atlas will also have a successor in the market, and the powertrain topic for that particular car is still open, too. So, we are pushing, maybe to have some sort of an engine derivative and Atlas that will also put a little more than what we’re putting out today,” Schafer said. “Whether that will be a full performance version, I’d probably say no, but it’ll be something that’ll give the car a little more horsepower and will stand out over the standard V6 or four-cylinder offerings that we have in the midsize SUV market today.”

For context, the current-generation Atlas (pictured) is offered with two engines: a turbocharged, 2.0-liter four-cylinder rated at 235 horsepower and a 3.6-liter VR6 tuned to develop 276 horsepower. Both are bolted to an eight-speed automatic transmission.

There’s no word yet on when either model will arrive. Volkswagen gave the Tiguan a round of improvements (including an updated exterior design and more tech features) for the 2022 model year, so the next-generation model likely isn’t right around the corner. And, the Wolfsburg-based company hasn’t publicly commented on when we’ll see the second-generation Atlas, but it updated the current model for 2021.