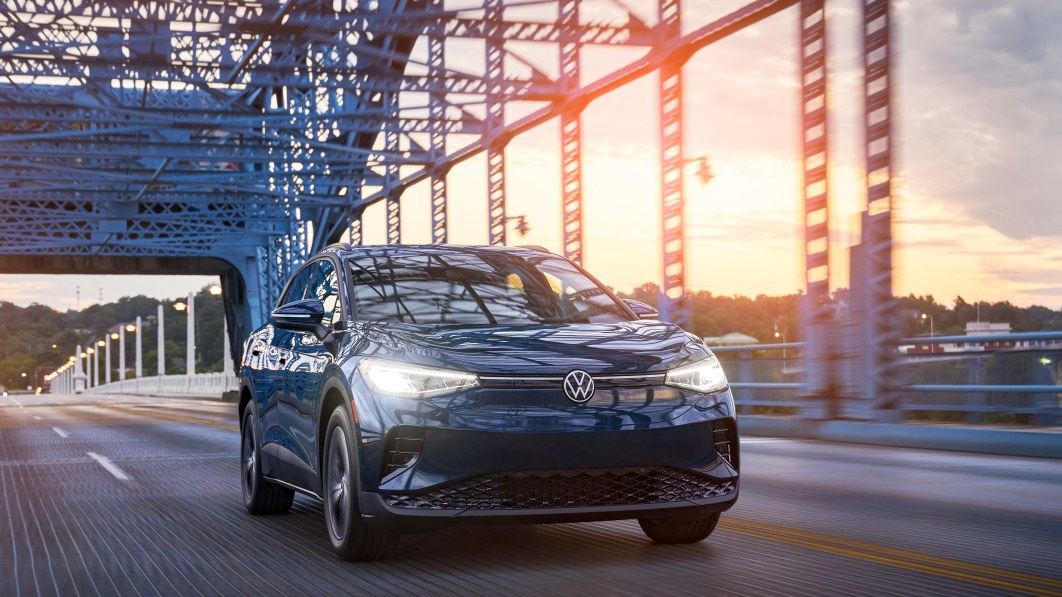 Automakers haven’t yet hit the mark with small, affordable EVs in the United States, but a few models from major automakers are getting close. The Chevy Bolt is an excellent, reasonably priced vehicle, and the Volkswagen ID.4 isn’t far behind it. The German automaker has a significant presence in the U.S., and the ID.4 is its first EV built on our soil. Today, VW announced pricing for the 2023 model year, including additional details about the new, smaller-battery version.

Volkswagen will build the 2023 ID.4 in its Chattanooga, TN, facility and is releasing a new lower-cost variant with a smaller battery for the new model year. Sporting a 62-kilowatt-hour battery, the newly-named ID.4 Standard offers 208 miles of range, and its single electric motor generates 201 horsepower. The ID.4 Pro gets an 82-kWh battery, which improves range to 255 miles, and available all-wheel drive, thanks to a front-axle-mounted motor. All ID.4 models now come with plug-and-charge capability at Electrify America stations, which allows the driver to plug in and charge without additional verification steps.

Though it’s only two years old, Volkswagen gave the 2023 ID.4 what it calls “subtle but purposeful styling upgrades.” The two S trims now get an illuminated VW logo on the rear liftgate when equipped with the available premium lighting package. Three new wheel designs are available, with a new 20-inch design standard for the S variants.

The EV’s interior got a refresh as well, and Volkswagen says it’s now more upscale than before. ID.4 Standard models get a stitched dash, and new fabric upholstery with leatherette seat bolsters. Two color schemes are available: stone with black/gray accents and nutmeg with brown accents.