Volkswagen AG abruptly ousted Herbert Diess, its chief executive officer and architect of the auto industry’s biggest electrification effort, after repeated clashes with labor unions chipped away at his support with key stakeholders.

VW’s board is betting Blume will be a more collaborative and stable leader, said the people, who asked not to be identified discussing private deliberations. He’ll remain the head of Porsche, which VW is trying to list late this year in what could be one of Europe’s biggest-ever initial public offerings.

Diess, 63, becomes the latest in a long line of leaders undone by VW’s complex hodgepodge of power centers. Skirmishes between the manufacturer’s controlling shareholder family, trade union and the German state of Lower Saxony that holds a significant stake have undermined performance and ended careers.

“Herbert Diess has strategically geared Volkswagen group toward electromobility,” Wolfgang Porsche and Hans-Michel Piech, leaders of the family with majority voting rights at VW, said in a joint statement. “It is to his particular credit that the Volkswagen group today is in a strong position for further transformation.”

Diess was hired away from BMW AG in 2015, shortly before VW admitted to rigging millions of diesel vehicles to cheat on emissions tests. He’s arguably pushed the most aggressive electrification effort among legacy car manufacturers, earning plaudits from the likes of Tesla Inc. boss Elon Musk. 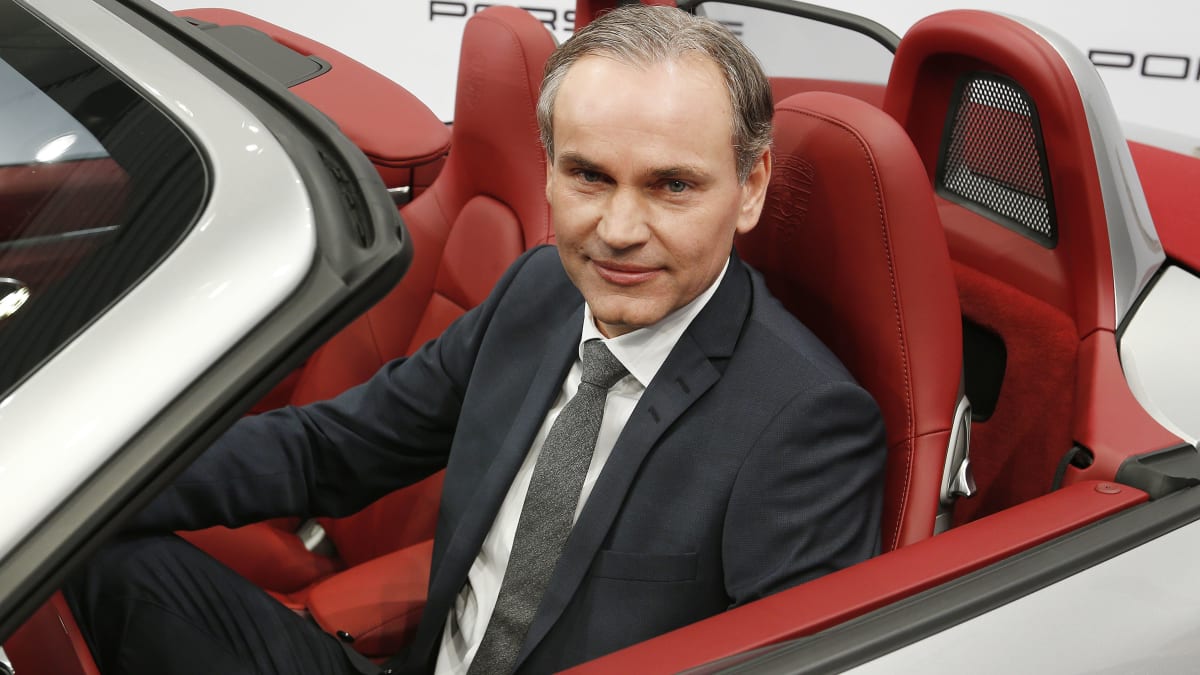 Blume, 54, has been viewed as a potential successor to Diess for some time, though any changeover was seen as years away. VW’s board extended Diess’s contract around this time last year to 2025.

He’ll be flanked by Arno Antlitz, who will become VW’s chief operating officer in addition to chief financial officer.

Less than two hours before VW announced Diess’s departure from the management board, he tweeted out a LinkedIn post wishing employees a happy summer holiday and wrote that the company was in good shape for the second half of the year.

Blume started at VW as a trainee at Audi, then rose through the ranks at Seat and the company’s namesake brand before joining Porsche in 2013 as head of production. He managed to largely contain Porsche’s involvement in the diesel-emissions scandal that cost the manufacturer more than 30 billion euros ($30.7 billion).

Diess initiated an ambitious push into battery-cell production and got backing for the IPO of Porsche, which is planned for the fourth quarter. At the same time, he occasionally allowed friction with VW’s unions and other stakeholders to spill over into public. He likened VW to a “tanker” with “old, encrusted structures” in need of breaking up, vowing to modernize the company and move more quickly.

VW’s efforts to develop its own software also has been plagued by internal wrangling and delayed important projects, including a line of next-generation Audi EVs and an updated Porsche Macan sport utility vehicle.

While Diess enjoyed wide-ranging support among analysts and investors, VW’s stock price has languished in recent months. Its preferred shares have declined 24% this year, dropping the company’s market value below 84 billion euros, a far cry from a target of 200 billion euros mapped out in 2019.

Blume also will be left with the unfinished business of reviving VW’s relevance in the US. Diess had set a target to double market share in the country and planned to spend $1 billion reviving the Scout brand as a maker of electric SUV and pickup models to take on the likes of Ford Motor Co., General Motors Co. and Rivian Automotive Inc.

The VW brand, which swung to profitability in the U.S. last year, has long struggled due to the lack of popular SUV models in its lineup. In March, VW pledged $7.1 billion over the next five years toward improving its US offerings and boosting battery research and manufacturing capabilities.

VW’s board convened this week in Chattanooga, Tennessee, where the automaker produces Atlas SUVs and the electric ID.4. Scott Keogh, who returned the VW brand to profitability for the first time in years, was tapped to head the Scout brand, while Pablo Di Si, an Argentine in charge of VW South America, was named Keogh’s successor as head of the Americas.