SPIELBERG, Austria — Trapped upside down inside his mangled car, Zhou Guanyu felt something leaking. He wasn’t sure what it was, but the Formula One driver knew that it potentially raised the risk of his car exploding in flames and him being stuck inside.

“I didn’t know where I was because I was upside down, and the next thing I felt was some leaking. I was not sure if it was from my body or from the car,” he said. “I knew if a fire started it would be difficult to get out, so I switched my engine off and then everything was fine.”

Zhou, a 23-year-old Chinese driver for Alfa Romeo, on Thursday matter-of-factly explained his agonizing wait to be freed from his car following a terrifying first-lap crash at last Sunday’s British Grand Prix. The car was wedged between fencing and a tire barrier at the first corner and rescue crews struggled to reach him in such an unusual position.

With thoughts of fire racing through his mind, Zhou said he also held his head to stop it bumping against the side, but didn’t know much else about his position.

The crash at Silverstone brought the race to an immediate halt after the car flipped and slid upside-down across the gravel and over a tire wall into the retaining fence. The car was skidding on the halo, a frontal cockpit protection device, with Zhou’s helmet frighteningly close to the track surface. Then it went airborne. 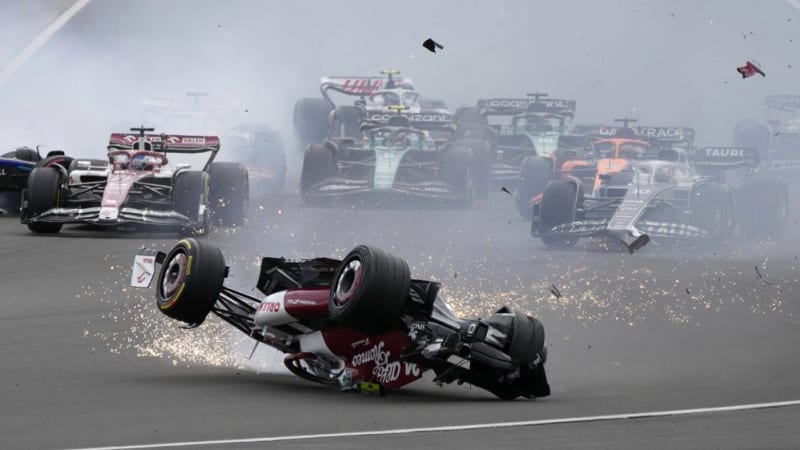 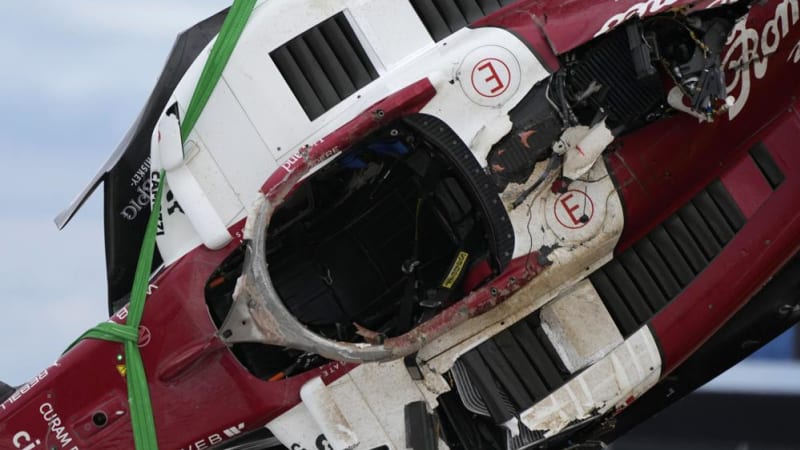 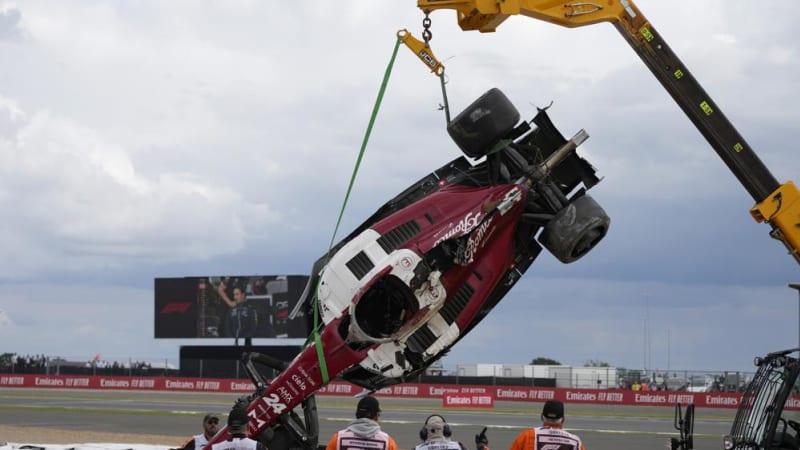 Zhou still can’t explain how he walked away with minor bruising.

“I had a little bit of bruising but it was all fine after one day. I don’t know how I walked out with such little impact on my body,” Zhou said ahead of this weekend’s Austrian GP in Spielberg. “It’s nice to be back here and especially not having such a long time. So you don’t think about what happened, with the questions, you just go straight into preparation … If you had a summer break just after that it would be terrible, you would be thinking about the crash repeatedly.”

He processed the incident out of his mind remarkably fast.

“I was happy mentally just having one day off and then went back to checking my physical condition. For me it wasn’t a concern,” he said. “Obviously there’s times you do something and you need a bit of mental help, but this time I didn’t feel it was needed.”

“No fears. I was able to take it quite calmly apart from not looking too much at the pictures, because that car was in a bad state,” he said. “What I remember is that I had a massive hit and flipped over, traveling at a very constant speed, quite fast into the gravel … It was only when I was facing downwards that I realized I was going to the barrier.”

Remarkably, Zhou was still lucid enough to analyze how best to protect himself: “I tried to release the steering wheel myself and then get into a very low position. Make sure I’m quite solid inside myself, waiting for the final impact.”

Zhou again praised the halo protective device, which was added to F1 cars in 2018.

“I felt quite lucky looking back,” he said. “I don’t know how I survived, but then looking back obviously I saw the halo saved me for that.” 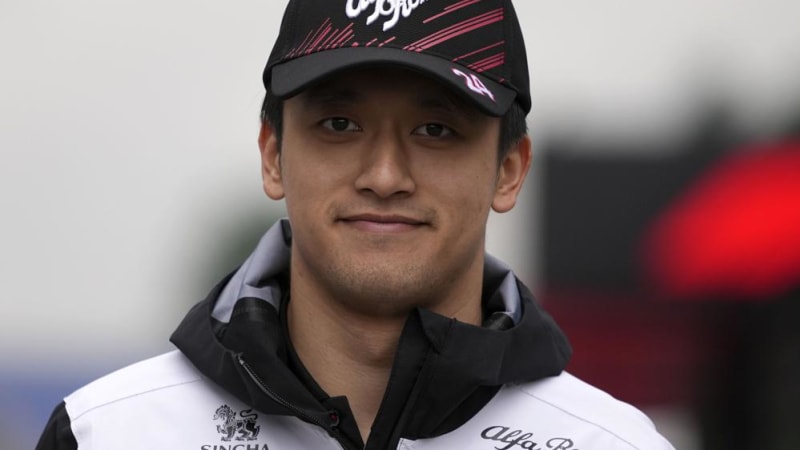 The race, won by Ferrari’s Carlos Sainz Jr., was quickly red flagged. George Russell sprinted from his Mercedes to the tire barrier to check on Zhou.

“It was really sporting of him. Shows the huge respect of the drivers,” Zhou said. “Even though he wasn’t the one causing the incident. He called me after.”

Russell, who appeared to be hit from behind at the start and was knocked into Zhou, recalled his first glimpse of Zhou.

“It was him trapped in there, literally not being able to get out of the car,” Russell said Thursday. “When you’ve got a tire wall effectively on top of your head, blocking your exit, hanging upside down, it’s just a horrible situation to be in.”

Russell thinks improvements can be made to ensure a driver is removed more quickly from the car.

“From every disaster there’s an opportunity to improve as a sport, or whatever it may be,” he said. “Clearly things could have been positioned a bit differently to have given him that exit.”

Race rules prevented Russell from taking the restart because his car was towed back, harsh because he’d rushed out to check on Zhou. He said Mercedes understood his “natural reaction” to a “horrific incident.”

IndyCar driver Callum Illot, who praised Russell’s actions, recalled when he helped him during a kart crash. Russell explained how he’d been similarly helped.

“I rolled my car in 2008. I was trapped under,” he said. “I was actually burning my arm because the exhaust was stuck on top of me. This other driver stopped to lift the car off me and help me out of there.”

The halo device on the cars was once very divisive in F1. While four-time F1 champion Sebastian Vettel was an early vocal advocate of it, seven-time F1 champion Lewis Hamilton was among its critics.

Not anymore, not after last Sunday and last September, when Max Verstappen’s Red Bull car landed on top of his at the Italian GP.

“The (governing body) FIA have done an incredible job to improve safety. I also want to acknowledge the late, great (race director) Charlie (Whiting), who was really fundamental in getting us this halo, ” Hamilton said. “It saved my life last year, it saved several drivers’ lives. Whilst we were weren’t always supportive of it initially because of how it looked, I remember (Whiting) telling us it was 17% improvement in safety, and we couldn’t ignore that.”

Alex Albon of Williams was flung into the pit wall last Sunday after being struck by Vettel from behind as drivers tried to avoid the incident involving Zhou. Williams was helicoptered to hospital and discharged that evening.

“I feel fine, a little bit sore Monday,” Albon said Thursday. “It all happened very quickly. I felt I was hitting the wall and then it was like a pinball reaction.”